On May 12, 2016 the Advocate General (AG) Juliane Kokott of the Court of Justice of the European Union (CJEU) rendered her opinion on the questions referred in the Masco Denmark ApS and Damixa ApS v Skatteministeriet case (C-593/14).

KPMG in the Netherlands 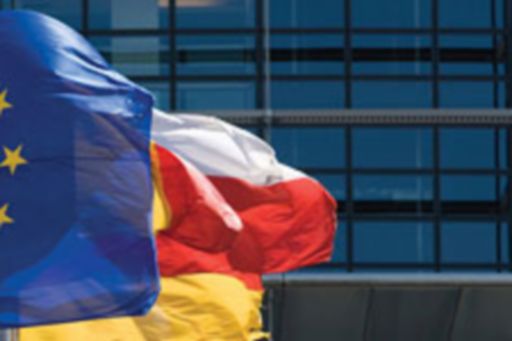 >> Go back to the Euro Tax Flash homepage

AG opinion in the Masco Denmark and Damixa case

On May 12, 2016 the Advocate General (AG) Juliane Kokott of the Court of Justice of the European Union (CJEU) rendered her opinion on the questions referred in the Masco Denmark ApS and Damixa ApS v Skatteministeriet case (C-593/14). The case concerns Danish rules, which allow for a tax exemption on interest income if the corresponding interest deduction is denied due to thin capitalization rules, but in effect only if the debtor company is resident in Denmark. The AG concluded that this difference in treatment did not constitute a restriction on the freedom of establishment. Furthermore, even if the difference in treatment was found to constitute a restriction, the AG held that the restriction could be justified based on the balanced allocation of taxing rights as well as the coherence of the tax system.

Under Danish corporate tax rules, interest income is tax exempt at the level of a resident creditor company if the corresponding interest deduction at the level of a resident debtor company is disallowed due to domestic Danish thin capitalization regulations. The income is however not exempt when the related-party debtor is resident in another Member State and the interest deduction is disallowed under that relevant Member State’s rules on thin capitalization.

In the case at hand, the creditor Damixa ApS was resident in Denmark with a wholly-owned subsidiary in Germany, Damixa Armaturen GmbH. A loan was granted to the subsidiary and the interest income taxed at the level of Damixa ApS. For the years 2005 and 2006, the interest income was however reclassified to dividend payments in Germany and consequently non-deductible for German tax purposes, as the subsidiary was considered thinly capitalized.

Damixa argued that the interest income would have been exempt if the subsidiary was resident in Denmark instead of Germany and that the rules accordingly infringed the EU freedom of establishment principle. On December 19, 2015 the Danish Western High Court "Vestre Landsret" referred to the CJEU the question of whether this difference in treatment infringed Article 49 TFEU read in conjunction with Article 54 TFEU (freedom of establishment).

The AG concluded that there is no restriction on the freedom of establishment. The difference in treatment resulted from the exercise in parallel by two Member States of their fiscal sovereignty, and was therefore protected by the principle of autonomy.

In the present case, the AG considered that without the German thin capitalization rules there would have been no difference in treatment between a purely national situation and a cross-border situation. If Denmark would be required to exempt interest income based on whether the other Member State limited the debtor’s deductible interest, this would be in breach of the principle of autonomy. This conclusion would not be affected by the CJEU decision in the Manninen case (C-319/02), which while it was rendered before the case-law on autonomy was established by the European courts, could still, in the AG’s opinion, be reconciled with this principle.

The AG went on to conclude that the measure could be justified if the difference in treatment was found to constitute a restriction. Firstly, it could be justified on the basis of the balanced allocation of the taxing rights between Member States, as reflected in the EU Interest and Royalty Directive (Directive 2003/49/EC): Denmark’s right to tax the interest income under that Directive would in effect be lost if it were required to exempt the income when Germany denies the interest deduction. The AG also concluded that the restriction could be justified under the principle of coherence of the tax system on the basis that there is a direct link between the advantage of the exemption and the disadvantage of the limitation of interest deductibility. For these purposes, the AG argued that it was immaterial that the advantage and disadvantage were in the hands of two different taxpayers.

It remains to be seen if the Court will agree with how the AG applies the principle of autonomy and the potential justifications, in particular as regards the balanced allocation of taxing rights under the EU Interest Royalty Directive, as it is questionable to what extent this directive actually supports this argument. In particular, the CJEU decision may shed light on how the principle of autonomy relates to case-law under the Manninen-doctrine.

Should you have any queries, please do not hesitate to contact KPMG’s EU Tax Centre, or, as appropriate, your local KPMG tax advisor.