Ready for lift off? Aviation 2030 series

With net zero by 2050 now an established objective for aviation worldwide, the sector faces a huge challenge to decarbonise.

At the 41st Assembly of the International Civil Aviation Organization (ICAO) in October 2022, states adopted a collective long-term aspirational goal of net zero carbon emissions by 2050. To put this ambitious vision into practice and quickly curb aviation emissions, expected to rise fast as the sector recovers from COVID-19 disruptions, ICAO, national governments, airlines and industry will need to work even closer to reduce the climate impact of both flying and associated ground operations.

A large share of aviation’s CO2 emissions arise from the combustion of kerosene, known as Jet A-1, in aircraft engines. To avoid this tailpipe CO2 completely a range of solutions, such as hydrogen or batteries, are possible – but these will require a full redesign of aircrafts and new refuelling infrastructure, and may therefore become widespread only after 2050. 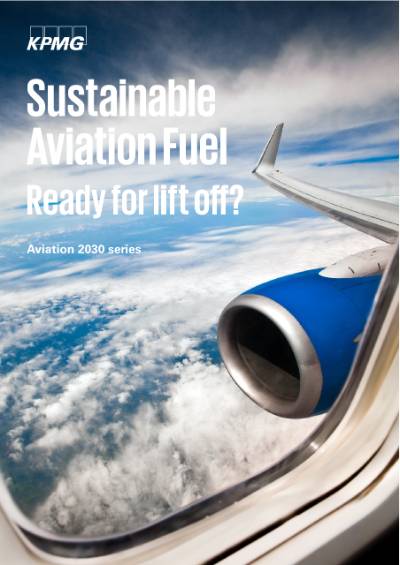 Sustainable aviation fuel (SAF) is available today and can be used without the need to develop new planes or engines. These greener jet fuels seek to reduce the lifetime emissions of engine burn, acting as a drop-in fuel that can be blended in increasingly high proportions with conventional Jet A-1. However, the SAF type currently predominant (i.e. biofuels) faces real availability and scalability challenges, as well as supply chain bottlenecks and questions over the sustainability of feedstocks.

With these barriers in mind, our view is that power to liquid (PtL) synthetic fuel, obtained from low-carbon hydrogen and CO2, represents the most scalable product for use long term and a yet untapped solution for the aviation market. As PtL fuel is significantly more expensive than any other SAF, realising its potential cannot be achieved without major investment in electrolysis and carbon capture technology development and deployment.

Like most of the low carbon road fuels blended with petrol today, SAF can be used in existing planes and engines. While SAF is very similar to conventional kerosene, it delivers substantially lower greenhouse gas emissions (GHG) than Jet A-1– typically around 80%.

These emissions are saved throughout the production process, as feedstocks used to make SAF have lower lifecycle carbon emissions than fossil jet.

Given that significant CO2 savings can be achieved with existing fleets, voluntary demand for SAF by airlines is growing rapidly, driven by corporate carbon reduction targets, mounting policy attention, and some passenger interest. Many airlines are already seeking to secure supplies over multi-year periods. This demand will firm up during the 2020s as national SAF mandates come into effect – especially from 2025 onwards – with a focus in Europe and an evolving picture in the rest of the world. Mandates are likely to start low but tighten rapidly during the 2030s and beyond. EU regulators are leading the charge: jet fuel supplied to EU airports will need to be 2% SAF by 2025, increasing at 5-year intervals to reach 63% in 2050, of which 28% would consist of e-fuel. Sweden, Norway, and France all have their own SAF mandates in place and the UK has announced plans for a mandate to be introduced in 2025, reaching 10% SAF by 2030.

Meanwhile, the US has set a SAF production target instead, of at least 3 billion gallons per year by 2030, supported by a mix of tax credits (a maximum of $1.75 per gallon for SAF) and new funding for SAF R&D. California, whose Low Carbon Fuel Standard sets the global standard for SAF incentivization, has recently passed legislation mandating that SAF should comprise 20 percent of aviation fuel consumed in the state by 2030.

Where demand mandates do not yet exist, industry is taking some voluntary initiative, with a number of partnerships announced between major airlines and fuel suppliers to trial or regularly use SAF. There are already industry-led initiatives committing dozens of operators to net zero targets, with some (e.g. the WEF’s Clean Skies for Tomorrow coalition) translating those into explicit SAF blending mandates (e.g. 10% by 2030). Governments are also aware that domestic SAF production offers fuel security as an additional benefit – a point rising quickly up the policymaking agenda.

To meet this increasing demand, SAF production facilities are being constructed, announced or developed around the world. At present, the dominant SAF feedstock is vegetable oil, either virgin or waste oil from cooking. This is converted into synthesized paraffinic kerosene from hydroprocessed esters and fatty acids (HEFA). GHG savings are achieved when the feedstock is grown, as it captures CO2 during the process. HEFA is the simplest and cheapest form of SAF, and the technology is already commercial today, but its availability will be limited by overall feedstock supply as well as by the ongoing use of oil feedstocks in road and maritime fuel – where fuels are less complex to produce and therefore offer easier profit potential than refining to SAF specifications. Feedstock prices – hard hit by the Ukraine war – currently represent the majority of the final SAF price. Their volatility can therefore create feedstock supply problems for producers.

Many HEFA feedstocks are monocrops, reliant on fertilizers, that also suffer from association with biodiversity reduction and are vulnerable to climatic and geopolitical price shocks – as the invasion of Ukraine has thrown into sharp relief.

In the lead-up to 2030, we expect to see a surge in the supply of fuel made from alternative biogenic and non-biogenic waste feedstocks including agricultural residues, used tyres and municipal solid waste (MSW). These will be transformed into SAF through more advanced processes such as alcohol-to-jet, pyrolysis and gasification-Fischer- Tropsch. Greenhouse gas savings are more complex to assess in cases where non-biogenic waste is used, though other benefits can be realized such as avoided waste to landfill. However, feedstock constraints are once again a risk: wastes including MSW are sought by other sectors, such as incineration and bioenergy with carbon capture and storage, making supply finite and competitive.

The constraints faced by these waste-to-fuel production pathways mean that the total SAF yield globally will increase but will still be relatively limited, especially in the coming decade. Blending mandates that are too aggressive too early therefore run the risk of spiking SAF prices and/or driving buyout penalties as they force demand to run ahead of supply. This may deter further investment from airlines as the price of SAF relative to Jet A-1 remains one of the major barriers to its adoption. As a result, there remains a significant risk that SAF production levels are unable to meet current expectations.This risk does offer considerable upside for investors, who can benefit from inflated prices as long as demand outstrips supply (which is likely to last for 20+ years).

To achieve significant SAF scale-up an exponential expansion of e-fuels or ‘power to liquid’ will be needed.

E-fuels are produced using low-carbon hydrogen (produced from biogas or renewable / nuclear electricity electrolysis) and captured CO2. As such, lifecycle carbon savings from e-fuel can achieve over 90% compared with fossil Jet A-1. In theory, e-fuels have far higher supply potential than other SAF types, given that electricity and CO2 are not restricted by feedstock availability in the same way. The catch is that e-fuels are highly energy-intensive to produce, very expensive and dependent on the rapid expansion of clean electricity production (renewable and/or nuclear) and carbon capture technology globally.

More positively, this interaction with electricity and CO2 sources potentially broadens the landscape for investors, with options to look along the value chain from energy generation and hydrogen production to e-fuel synthesis. As many industrial clusters producing low carbon hydrogen and capturing carbon quickly develop worldwide, the integration of SAF offers an opportunity for further synergy and investment.

As such, of the SAF types on offer, it is our view that PtL offers the greatest opportunity for decarbonization at the scale the sector requires. PtL produces a highenergy- density fuel that is both more scalable and cleaner than other SAF types, provided that the energy used for the conversion processes is derived from lowcarbon sources, and the carbon from climate neutral sources (such as direct air capture – DAC – or other industrial processes). Importantly, PtL plants also offer an opportunity to hedge against the eventual likely demand for different fuel types, e.g. hydrogen – an advantage they have over other SAF types.

Rapid expansion of PtL production will involve both hydrogen electrolysis capacity and commensurate increases in DAC to provide the necessary volumes of CO2 feedstock. Given the sizeable risks involved, this will need to be achieved through industry collaborations across the supply chain and be supported by government actions to incentivize both DAC and PtL. So far, examples include the Airbus partnership with the SAF+ Consortium in Canada, the Liquid Wind consortium in Scandinavia, HyshiFT Consortium in South Africa, and the EU’s recently-announced project Take-Off, which aims to feasibility assess the technical, environmental and economic performances of PtL production. To capitalize on the expected cost reductions of PtL and scale up the technology exponentially, investment is needed now.

Future cost competitiveness of SAF with Jet A-1 and the timescale at which this is achieved depends heavily on government regulation pricing CO2 emissions appropriately, learning effects and ancillary instruments such as book and claim markets for SAF usage.

The current price differential between Jet A-1 and SAF is estimated from a few percentage points at one extreme (where US incentives are at play) to up to five times. While it remains cheaper for airlines to offset carbon emissions through trading schemes than through the use of SAF in place of Jet A-1, we do not expect SAF supply to meaningfully exceed government-mandated levels. Our modelling suggests that such a pivot point may not be reached before 2040 at the current projected rate of carbon pricing increase. Much hinges on economies of scale and the expected reductions in the cost of SAF as technology is deployed, but whether producers can do this remains to be seen. In the meantime, airlines will have to decide how to distribute the costs of rising SAF usage – debates which may have serious implications for low-cost carriers business models.

Moreover, the length of this time horizon raises important questions about the shape of the future regulatory landscape. We expect the regulatory approach to aviation emissions to evolve significantly over the coming decade, and today’s focus on SAF is likely to be joined by new priorities and approaches as decarbonisation strategies are fleshed out. Direct carbon emissions will be eclipsed by total sector CO2 equivalent (CO2e) as the primary concern for regulators, expanding attention to contrails management and the tracking thereof, alongside the focus on ever-higher SAF blends.

At present we are seeing a race by airlines to secure access to HEFA supplies, both to meet immediate voluntary demand and as a natural hedge against expected supply mandates from 2025 onwards.

Meanwhile, a number of advanced fuel technologies have already evolved from concept and prototype to demonstration phase, and are seeking further investment to achieve commercial scale. Wider commerciality of these facilities will reduce cost and increase the affordability for end users, but this is contingent on multiple feedstocks challenges being overcome.

We believe PtL will be therefore instrumental to truly unlocking greater SAF use, and investors will need to consider this long-term technology outlook alongside promoting sustainable, short-term HEFA supply. Different market players are facing different barriers but to capitalize on their opportunities and accelerate investment in SAF, in particular PtL, there are actions that can be taken and risks to be mitigated.

The pace of change is challenging leaders like never before. To find out more about how KPMG perspectives and fresh thinking can help you focus on what’s next for your business or organisation, please get in touch with Rachel Solomon Williams, Associate Director of Energy and Mobility Strategy. We’d be delighted to hear from you.