Despite uncertainty, global banking M&A market enjoyed a surge in 2021

With the number of deals up by 32 percent and deal value rising by 42 percent, the global banking M&A market recovered strongly in 2021, reflecting the upturn in many economies as the worst effects of the pandemic receded. Consolidation was a recurring theme across multiple countries/ territories and regions, often driven by regulators eager to make banks stronger and reduce risk.

Although year-on-year deal volume in the first half of 2022 declined due to the war in Ukraine, economic disruption, and surging inflation, deal value still rose, on the back of some high value deals, primarily in ASPAC.  The activity in Asia tends to be dominated by domestic buyers, partly due to restrictions on foreign ownership in certain key nations.

Another key factor that has started to influence banking M&A is ESG (environmental, social and governance). This is very much becoming a new normal, with banks’ credentials, and those of their corporate clients, under increasing scrutiny. In the same way that the sector adapted to higher capital requirements, it’s hoped that ESG will become absorbed into banks’ operating models, although there may be some implementation costs regarding reporting and associated data gathering.

Key dynamics, themes, and M&A expectations for the remaining part of 2022 and beyond

Regional overviews for Europe, ASPAC and Americas, with deep dives in key markets

While Europe noted the highest deal activity by volume, ASPAC dominated the market by value, because of multiple high-value deals in the region, including Citigroup‘s retail banking transactions. In the largest of these, UOB acquired Citigroup’s consumer banking businesses in Indonesia, Malaysia, Thailand, and Vietnam for USD3.7 billion, while Citigroup also sold its consumer banking business in Taiwan to DBS. Citigroup underwent a multimarket sale process of 13 countries/territories in 2021,  attracting considerable interest from regional and domestic banks. The UOB deal is transformative, at a stroke doubling its international  customer and revenue base.

The sector is still proceeding cautiously as the geopolitical and economic fallout prevails, but overall, 2022 should be another active year, characterized by further domestic consolidation, and continued interest in digital capabilities and assets with recurring revenues. 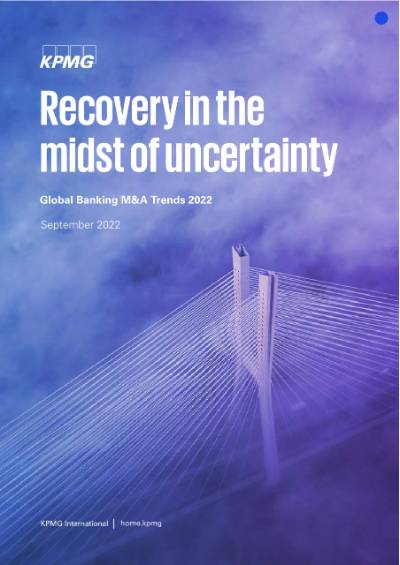 Recovery in the midst of uncertainty

Recovery in the midst of uncertainty