In a recent case, the European Court of Justice clarified that drivers working in international road transport are subject to the EU Directive on posting of workers. This GMS Flash Alert looks at the case, the ruling, and the Court’s clarifications on a number of details concerning lorry drivers in international transport and the concept of posted workers in the pertinent EU Directive. 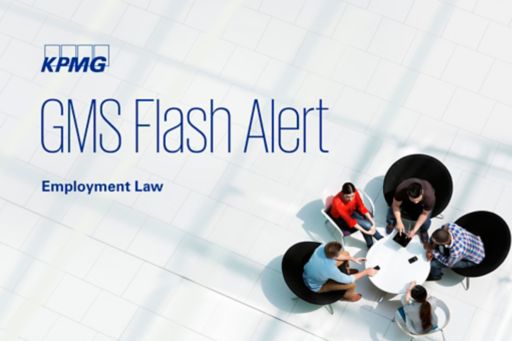 Recently, the European Court of Justice (ECJ) handed down its judgment in the case Van den Bosch Transporten BV and Others C- 815/18.1.  The ECJ clarified that drivers working in international road transport are subject to the EU Directive on posting of workers.2

The EU Directive for posted workers that sets out rules in respect of which country is competent for terms and conditions for employment applies to any trans-national provision of services irrespective of the economic sector.  In this case, the EU member state where the lorry drivers are posted must make sure that the transport undertakings concerned guarantee those lorry drivers posted to their territory a number of terms and conditions of employment laid down, inter alia, by collective bargaining agreements which have been declared universally applicable.

Failure to apply terms and conditions for employment correctly in the home and the host countries is a failure to comply with labour law and can lead to severe sanctions and financial fines.

Description of the Case

The case concerns three different transport undertakings which have the same shareholder.  The undertakings are registered, respectively, in the Netherlands, Germany, and Hungary.  The Dutch undertaking concluded a number of charter contracts with both the German and Hungarian undertakings for the international transport of goods.

The German and Hungarian undertakings employed lorry drivers to carry out those contracts.  Most of the shifts of the

lorry drivers started and ended in Erp, the seat of the Dutch undertaking in the Netherlands, while most of the transport operations took place outside the Netherlands.

The Dutch federation of trade unions brought an action against all three undertakings, claiming that the lorry drivers were posted to the Netherlands and were posted workers in the context of the EU Directive on posting of workers.  For this reason, the basic conditions of employment under the Dutch collective labour agreement for the transport of goods should have been applied.

Highlights from the ECJ Ruling

The ECJ ruling clarified a number of details concerning lorry drivers in international transport and the concept of posted workers in the EU Directive on posting of workers:

The terms and conditions of employment for posted workers in the host country are laid out in the universally-applicable collective bargaining agreements, namely those agreements that must be observed by all undertakings in the geographical area and in the profession or industry concerned.  However, the Court states that the definition covers a collective labour agreement which has not been declared “universally applicable” when a precondition of such agreement is an exemption from another universally-applicable agreement and the provision of such agreement are essentially identical to those of that other collective agreement.

The EU Directive on posting of workers applies irrespective of the undertaking’s economic sector.

It is important for employers to properly assess the application of the EU Directive on posting of workers in their business sector and their business organisation.

2  The case concerns the application of the “old” EU Directive on posting of workers no 96/71/EC.  Since this Directive, the EU adopted the sector-specific rules for road transport in EU Directive 2020/1057/EU.

The information contained in this newsletter was submitted by the KPMG International member firm in The Netherlands.

To subscribe to GMS Flash Alert, fill out the subscription form.

© 2023 KPMG Meijburg & Co., a Netherlands partnership and a member of the KPMG network of independent firms affiliated with KPMG International Cooperative (“KPMG International”), a Swiss entity. All rights reserved.

GMS Flash Alert is a Global Mobility Services publication of the KPMG LLP Washington National Tax practice. The KPMG name and logo are trademarks used under license by the independent member firms of the KPMG global organization. KPMG International Limited is a private English company limited by guarantee and does not provide services to clients. No member firm has any authority to obligate or bind KPMG International or any other member firm vis-à-vis third parties, nor does KPMG International have any such authority to obligate or bind any member firm. The information contained herein is of a general nature and is not intended to address the circumstances of any particular individual or entity. Although we endeavor to provide accurate and timely information, there can be no guarantee that such information is accurate as of the date it is received or that it will continue to be accurate in the future. No one should act on such information without appropriate professional advice after a thorough examination of the particular situation.