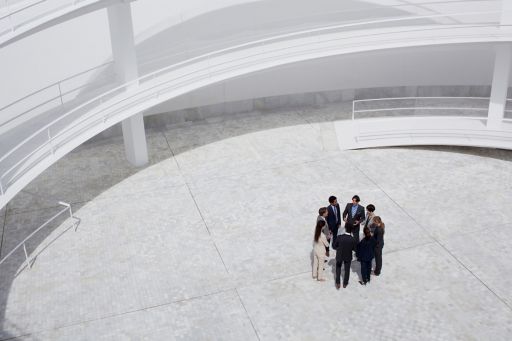 With the following countries, territories and jurisdictions:

Most important forms of doing business

The share capital of an S.A. may not be less than RON 90,000 (approximately EUR 20,000). Every 2 years, the Government can change the minimum value of the share capital with reference to the exchange rate, so as to keep this amount at the RON equivalent of EUR 25,000. The share capital is divided into shares ("actiuni"), each with a value of at least RON 0.1.

A company is tax resident in Romania if it is incorporated under Romanian law or has its place of effective management in Romania. Resident companies are taxed on their worldwide income.

Romanian resident companies are required to submit quarterly tax returns for the first three quarters, by the 25th of the month following the quarter for which the liability is due. In addition, an annual corporate tax return must be submitted by March 25 of the year following the year for which the annual corporate income tax is due (or by the 25th of the third month following the closure of the fiscal year, for taxpayers that choose to have the fiscal year other than the calendar year).

On dividends paid to non-resident companies

Exemption is available under the EU Parent-Subsidiary Directive (subject to certain conditions being met - shareholding of at least 10 percent for an uninterrupted period of one year).

On interest paid to non-resident companies

Exemption is available under the EU Interest and Royalties Directive (subject to certain conditions being met - shareholding of at least 25 percent for an uninterrupted period of two years).

A 50 percent tax rate may apply if interest is paid to a country with which Romania has not concluded a tax treaty (irrespective of the residence of the company receiving such amounts) and if the transactions are deemed artificial under Romanian legislation.

Exemption is available under the EU Interest and Royalties Directive (subject to certain conditions being met - shareholding of at least 25 percent for an uninterrupted period of two years).

A 50 percent tax rate may apply (under the same conditions as for interest - please see above).

On fees for technical services

Generally 16 percent. However, a 50 percent tax rate may apply (under the same conditions as for interest - please see above).

Generally 16 percent. However, a 50 percent tax rate may apply (under the same conditions as for interest - please see above).

An exemption is available for dividends received by Romanian entities from:

Amendments made to the EU Parent-Subsidiary-Directive with respect to hybrid instruments and GAAR have been transposed into domestic legislation.

Generally subject to the 16 percent standard rate. Capital gains derived from the sale of shares in a Romanian subsidiary / subsidiary resident in a country with which Romania has concluded a DTT are non-taxable in Romania for corporate income tax purposes if the above conditions (shareholding of at least 10 percent for an uninterrupted period of 1 year) are met.

Losses may be carried forward for seven years. No carry back of losses.

Tax consolidation will be possible, optionally, starting from January 1, 2022, for corporate income tax, i.e. to offset the taxable profits of companies in a group against the tax losses of other jointly owned firms, directly or indirectly, if the member of the group which benefits from the offset holds a proportion of at least 75 % of the value/number of shareholdings or voting rights in the entity which incurs the tax losses, for an uninterrupted period of one year prior to the start of consolidation.

One of the members should be designated as the responsible legal entity which will calculate, declare and pay corporate income tax for the group, determined by adding up the individual calculations of each member.

The tax losses incurred by a member of the group before the application of the system cannot be compensated at group level. If the group is abolished after five years, the losses incurred and not recovered during the consolidation will be recovered by the responsible entity/individual.

On the transfer of shares

No transfer duties upon the transfer of shares.

On the transfer of land and buildings

According to Romanian legislation, transfers of real estate properties (e.g. land and buildings) are not subject to transfer taxes except for notary fees and taxes for registration with the Real Estate Book. Such fees would be in the range of 1 percent of the value of the asset.

No, except for those mentioned above.

With effect from 1 January 2018, the exit taxation rule was transposed into the national legislation to implement the provisions of the Anti-Tax Avoidance Directive (ATAD).

The Romanian exit tax rule provides for the taxation of the difference between the fair market value of the assets at the time of transfer less their value for tax purposes with the regular corporate income tax rate (16%) in the following cases:

i. Assets transfer from a Romanian head office to a permanent establishment in another Member State or in a third country;

iii. a taxpayer transfers its tax residence to another Member State or to a third country, except for those assets which remain effectively connected with a permanent establishment in Romania; or

iv. a taxpayer transfers the business carried on by its permanent establishment from Romania to another Member State or to a third country.

For i, ii and iv, exit taxation occurs in so far as Romania no longer has the right to tax the transferred assets due to the transfer

If the difference between the market value of the transferred assets, at the time of exit of the assets, and their value for tax purposes results in a loss, it will be offset against gains of similar nature.

The exit tax might be paid in linear installments over a period 5 years (in line with the respective rules in the Fiscal Procedures Code) provided that it relates to a transfer to a Member State or to a third country that has signed the  Agreement on the European Economic Area (EEA Agreement).

a) Interest or any other income generated by financial assets.

b) Royalties or any other income generated by intellectual property rights.

c) Dividends and income from the transfer of units.

e) Income from insurance activities, banking or other financial activities.

f) Income received from companies that earn income from purchasing and selling goods and services from and to associated companies without any added value or with low added value.

For the avoidance of double taxation, if the taxpayer disposes of its participation in a controlled entity or of the economic activity carried out through a permanent establishment and part of the proceeds of the disposal was previously included in the tax base of the taxpayer, that amount is deducted in the tax period in which the amount of tax due for the receipts is calculated.

The taxpayer deducts the tax paid to a foreign state by the controlled entity/ permanent establishment from the income tax owed, in accordance with double taxation conventions

Romanian companies which carry out transactions with affiliated companies are required to prepare the relevant documentation - the transfer pricing file, which is mostly a compilation of a comprehensive set of documents, including all supporting information justifying the arm’s length nature of transfer prices used for intra-group transactions.

As from January 2018, the former thin capitalization rules have been replaced with interest limitation rules implementing the provisions of ATAD.

The tax treatment of certain items is generally determined with reference to the substance over form principle. In addition, the GAAR in accordance with the ATAD was implemented into Romanian legislation with effect from January 1, 2018.

Under the Romanian Fiscal Code, tax authorities may requalify a transaction in order to reflect its economic substance. Moreover, artificial transactions are defined as those not carried out in the normal course of business, solely for the purpose of obtaining undue fiscal advantages. Such transactions are denied the application of DTTs.

Romania has implemented anti reverse hybrid rules starting February 2020, along with the other ATAD 2 measures.

Romanian taxpayers may apply to the tax authorities in order to obtain an Advance Tax Ruling with regard to technical matters; also, taxpayers who carry out transactions with related parties may apply for an Advance Pricing Agreement.

Romanian taxpayers are entitled to deduct an additional 50 percent of R&D expenses for corporate tax purposes. Such extra deduction should be computed quarterly/annually.

Starting 2017, taxpayers performing only innovation, research and development activities (as defined by Romanian legislation) and closely related activities are exempt from corporate tax for the first 10 years of operation.

Individuals carrying out R&D activities are exempt from personal income tax on income derived from those activities (starting from August 2016).

The profit invested in supporting dual (practical and theoretical) vocational education by ensuring the practical training and quality training of students is exempt from profit tax.

Fiscal measures to maintain or increase the equity of companies

In order to encourage maintaining / increasing the equity of companies during 2021-2025, certain reductions in the annual corporate income tax / microenterprise tax / activity-specific tax are provided for. If the conditions are fulfilled, the tax reductions can vary between 2% and 10% of the tax due.

For expenses representing the acquisition cost of fiscal electronic cash registers, companies benefit from a fiscal credit (deduction from the corporate income tax due). The unused tax credit is carried forward for the next 7 consecutive years. Companies benefiting from this incentive can no longer include these acquisitions in the application of the reinvested profit exemption incentive.

The standard rate is 19 percent, and the reduced rates are 9 percent, 5 percent and 0 percent.

Other relevant points of attention