Move to centralised regulation of EU funds and delegation arrangements

In February we noted that in the field of portfolio management of collective investment funds, 2017 looked set to be a year of shifting sands, and by July the sands had become rocks. 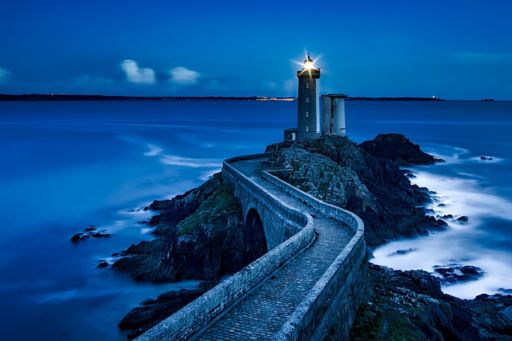 In February we noted that in the field of portfolio management of collective investment funds, 2017 looked set to be a year of shifting sands, and by July the sands had become rocks. With the publication of the European Commission’s proposals on enhanced powers for the European Supervisory Authorities (ESAs), the delegation debate has gained yet further momentum and is causing concern for the fund management industry in Europe and beyond.

Also, ESMA is to have product intervention powers for UCITS and AIFs, and is to take over the authorisation of certain types of AIFs. This begs the question: why not other funds, too?

What began as a replay of an historic friction between national regulators, was first given renewed energy by Brexit relocation discussions and is now centre stage. Buried in the Commission’s nearly 300-page draft Regulation is a new mandate for the ESAs to monitor firms that intend to make extensive use of delegation or outsourcing to third countries and to ensure coordination of supervisory approach.

The Commission notes that current supervisory practices vary from one Member State to another. It argues that this gives rise to regulatory arbitrage (“a race to the bottom”), with firms benefitting from the EU passport while essentially performing substantial activities or functions outside the EU. It also exposes the EU to financial stability risks, it says, particularly where the third country’s supervisory authorities may lack the necessary tools adequately and effectively to supervise those activities.

It is proposed that where a firm intends to delegate “a material part of its activities or any of the key functions” to a third country, the national regulator (NCA) must notify ESMA of its intention to authorise or register that entity, providing sufficient detail to enable ESMA to make an assessment. ESMA has up to 20 working days to inform the NCA of its intention to issue an opinion and up to two months to issue that opinion. If the NCA chooses not to follow ESMA’s view, ESMA must make its view public. It therefore seems very unlikely that an NCA would go against ESMA’s opinion, as the firm would be put in a difficult position.

There is no indication that ESMA’s new powers will be applied retrospectively, but it seems inevitable that the detailed rules on delegation under the AIFMD will be extended to UCITS. The proposals are understandably causing considerable concern about whether that model is at risk, or at least whether it will take longer and be more costly to be authorised in future.

It is also proposed that ESMA will be the single supervisory body for European venture capital, social entrepreneurship and long-term investment funds (EuVECAs, EuSEFs and ELTIFs). The stated rationale for this proposal is to ensure that the rules are applied consistently across Member States. It is argued that this will lower transaction and operational costs, strengthen investor choice, increase legal certainty, support market integration and enhance marketing funding to the EU economy.

One wonders why these arguments do not apply to AIFs more generally, or even to UCITS. The very low levels of EuVECAs, EuSEFs and ELTIFs, and the newness of the regimes, may be a specific reason in this case, but that argument does not feature explicitly in the Commission’s rationale.

In addition to this new fund authorisation role, ESMA is to be given explicit product intervention powers under the UCITS Directive and AIFMD, mirroring the powers introduced under MiFIR.

The Commission’s proposals have now to go through the EU legislative process. That usually takes some time, but there will be political will to progress them as quickly as possible. In relation to the delegation debate in particular, Brexit is adding a sense of urgency. The Commission notes that “the future departure of the EU’s currently largest financial centre means that….supervisory arrangements must be strengthened to ensure that financial markets continue to support the economy on an adequate and sound basis.”

It is very important for firms of all shapes, sizes and operating models to input their views. It is reasonable for the EU to want EU-regulated firms to have appropriate substance and not be letter box entities. But in applying any new approach to fund management and custody services, it is essential that the industry models, which have evolved in investors’ best interests, are not damaged.

Moreover, firms should think about the ramifications beyond the specific issues covered in these proposals. For example, the AIFMD is now up for review and the non-EU passports have still not been introduced. The move to centralise fund authorisation could indicate a clear sense of direction for the AIFMD. If the non-EU passports are introduced, will it be ESMA (rather than an NCA of the firm’s choosing) that has responsibility for authorising or registering the manager or fund?

1. Have we fully thought through the potential implications of the Commission’s proposals for our business model?
2. Have we considered how a move to greater centralisation of supervision in the EU might impact our business, positively or adversely?
3. How and how effectively are we engaging in the debate?