Making a priority of inclusion, diversity and equity

Making a priority of inclusion, diversity and equity

A report on Black employees in the Financial Services industry

From our day-to-day conversations with Financial Services (FS) leaders, we know they’re making a priority of inclusion, diversity and equity. We also know they want to drive meaningful change in their organisations.

Despite this, the Black community remains under-represented in the FS industry. Going by the last UK census, 18.5 per cent of people living in London identify as ‘Black’ or ‘Black British’. London being the nation’s financial capital, we might reasonably expect a similar percentage of FS employees in Britain to be of Black heritage.

The reality, however, is somewhat different.

What the report covers: 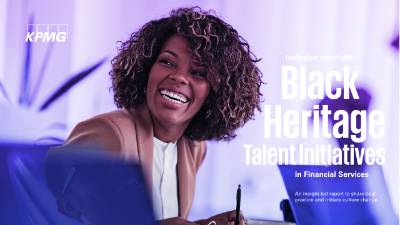 Understanding the barriers and breaking them down

Understanding the barriers and breaking them down