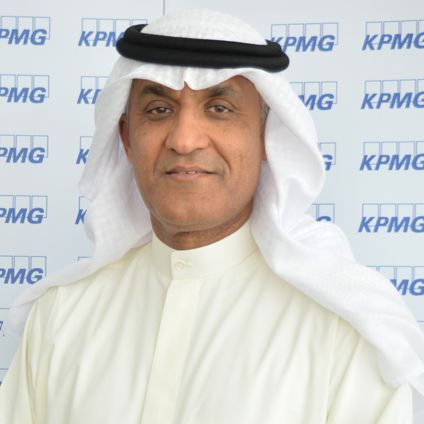 Dr. Rasheed Al-Qenae is the Chairman of the KPMG Middle East, South Asia, and Caspian (MESAC) region and the Managing Partner of KPMG in Kuwait member firm.

Dr. Rasheed is Chairman of the KPMG Middle East, South Asia, and Caspian (MESAC) region and Managing Partner of KPMG in Kuwait. In this capacity as the chairman, Dr. Rasheed also represents the MESAC region on the KPMG Global Council and the KPMG Europe, Middle East, and Africa (EMA) region’s Board.

Dr. Rasheed Al-Qenae is also Managing Partner of the KPMG member firm in Kuwait, a role which he has been holding since 2010. Dr. Rasheed was appointed to the KPMG MESAC region’s Board in 2018. He took additional responsibilities as the Chairman of the MESAC Tax Steering Group and as the Head of Tax for the MESAC region in 2017. He also played an active role in the region’s leadership development centers and strategic corridor program.