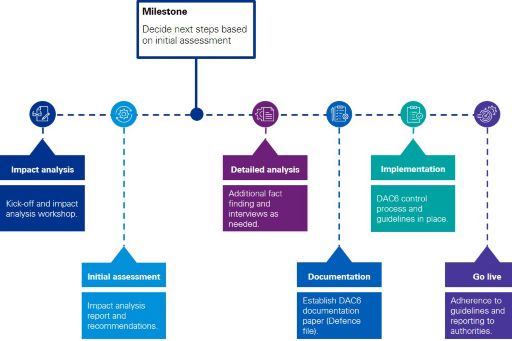 Following the Free Trade Agreement negotiations between the UK and the EU ahead of the 31 December 2020 deadline, a significant reduction in the scope of DAC6 reporting in the UK has been announced.  In particular:

Despite this reduction in scope of the UK implementation, it is important to be cognisant of the following:

With most employees still advised to work from home, we have adapted our project approach to these constraints. Our implementation project model is leaner, scaled-down, and focused on the essentials for delivering a compliance DAC6 process, without relying on in-person workshops.

Do you have any questions?

If you have any questions to the new rules or the process do not hesitate to contact: