An in-depth look into how the loan sale market performed in 2015 in Poland.

“In recent years, we observed the rapid development of the NPL market in Poland. It is worth noting that the combined gross value of NPL transactions increased by 55 percent over the last two years, reaching PLN 15 billion.” – Bozena Graczyk, Partner, Financial Services, KPMG in Poland 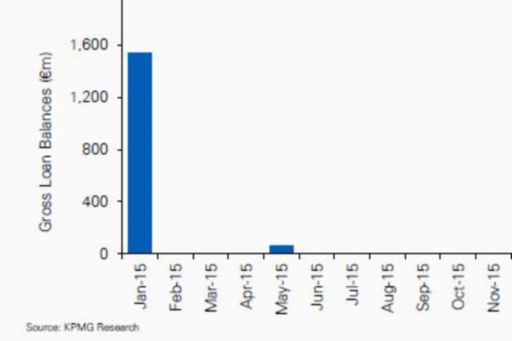 The KRUK Group remains the largest player on the Polish debt managementmarket, accounting for 21 percent of purchased debt and 31 percent of debt outsourced for collection.

The Polish debt sector has been low key and domestic so far. However, an increase in the number of deals is expected to attract more international investors, especially as Polish banks are considering selling portfolios outside of the consumer debt space.

There has been recent activity in acquisitions and consolidation of the market, as seen in the acquisition of 100 percent of the shares of Casus Finance by the Lindorff Group, 33 percent of Kredyt Inkaso being acquired by BEST, and the recent announced sale of Get Back. 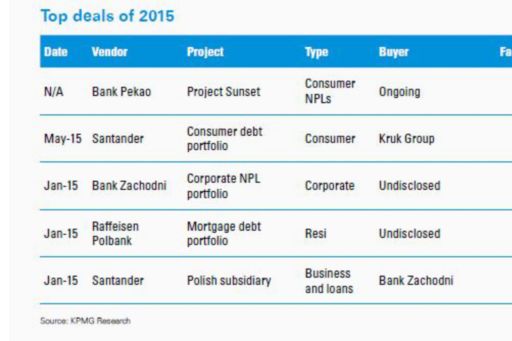 By 2014, the total NPL volume amounted to €20.7 billion, but Polish banks had recently undertaken aggressive measures to shed their NPLs through a newly built pool of securitized debt funds. Banks selling NPLs to securitisation funds will benefit from favourable tax treatment, as these funds are exempt from income tax. Such treatment willnot be available if the NPLs are sold by a bank to another type of entity. Currently there are 68 securitised debt fundsoperating in the country.

Poland’s debt collection market has been dominated by consumer loans. 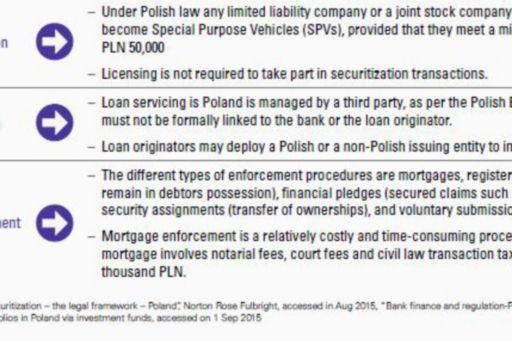 Due to the successes of AMAs in Ireland, Spain, and the UK, it is predicted that more European countries will follow suit in the near future. Poland is expected to form an AMA as investor demand grows in CEE.

The Polish debt sector market has been fragmented with many small and medium-sized domestic purchasers. There is an ongoing industry trend in Poland of new market participants entering the market through acquisitions, as well as consolidation among existing market participants.

There will be further upcoming changes and transactions in the market: Idea Expert, the subsidiary of Idea Bank, has decided to sell the servicer Get Back. Bestand Kredyt Inkaso have also started negotiations on a merger, and PRA Group has entered the Polish market. 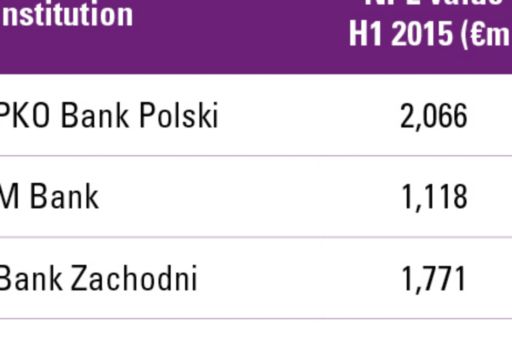 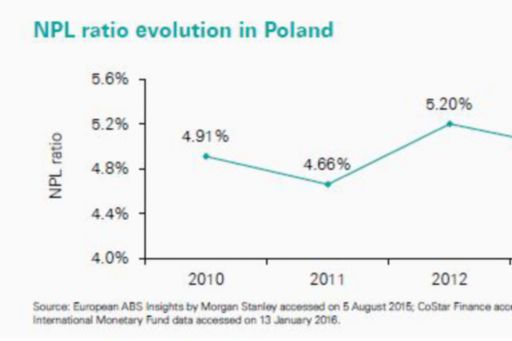 How loan sale markets performed in 2015 across Europe.