KPMG Cyprus Audit Committee Event: “Woman - The Importance of Diversity in the Boards”

Woman - The Importance of Diversity in the Boards

The KPMG Cyprus Audit Committee Institute (ACI) is celebrating two years of operation and within the framework of KPMG's International Women's Day 2019 initiatives, it organised an event with the subject “Woman - The Importance of Diversity in the Boards”. The event took place on the 27th of March at the Royal Hall in Nicosia, with the objective of informing and raising public awareness on the importance of diversity in corporate Boards. 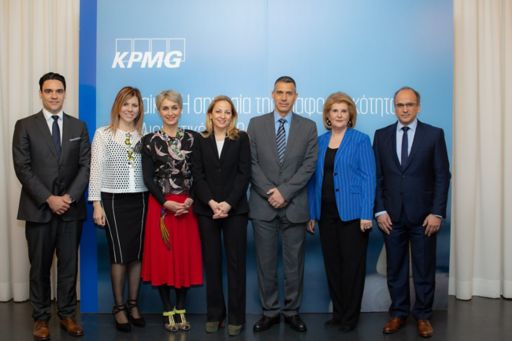 Mr. Christos Vasiliou, Managing Director of KPMG in Cyprus and Head of Advisory Services and Mr. Petros Mavrommatis, Principal and Vice President of KPMG Cyprus ACI, welcomed the attendees on behalf of the Firm and the Institute, respectively. In addition, Mr. Mavrommatis outlined the Institute’s objectives and briefly described its activities during the past two years.

Mr. Panayiotis Peleties, Board Member and Chairman of KPMG Cyprus ACI, praised the importance of women's participation in the Board of Directors and highlighted the benefits that companies can gain from women directors. The issue of diversity has been a hot topic in recent years at global and European level; reference was made to initiatives aimed at increasing women's representation at Boards of Directors in countries such as the USA, Australia and EU Member States.

The guest speakers at the event were Ms. Alexandra Galanou, sociologist, former non-executive member of boards of private and semi-governmental organisations, Ms. Cleopatra Kitti, Certified Independent Director, INSEAD, Non Executive Director Eurobank Cyprus, Non Executive Director and chair of the ESG committee, Louis PLC, Ms. Maria Papacosta, Board Member and member of the Executive Committee of KPMG in Cyprus and Ms. Anna Koukkides-Procopiou, President of AIPFE Cyprus – Women of Europe. The speakers shared their personal experiences in Boards of Directors in Cyprus and other countries.

An open discussion coordinated by Ms. Koukkides-Prokopiou followed and the participants had the opportunity to raise questions and exchange views. The discussion indicated that women empowerment and awareness have improved the inclusion of women in Boards. Nevertheless, huge steps are still required to improve the current representation of women on Boards at global level, but also in Cyprus. A cocktail reception followed the event.