The first quarter of 2018 recorded the best result for mergers and acquisitions in the last two decades. During the first three months of this year, 234 deals were closed, an increase of more than 15% compared to the same period in 2017. 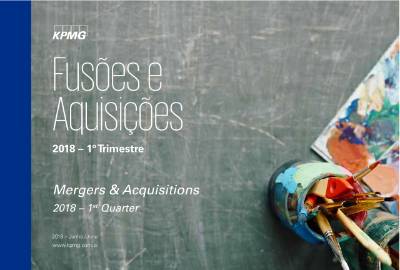 KPMG’s integrated team of specialists works at deal speed to help you find and drive value throughout your transformation and transaction lifecycle.

Advisory works with the world’s leading organizations to create and protect the sustainable value of their business.

Register now and set up your personalized dashboard around {tag_name} and all the other topics that interest you.