The Commission on Taxation and Welfare published its report “Foundations for the Future” on 14 September 2022. In line with the commitment made in the Programme for Government, the Minister for Finance established the Commission in April 2021 to consider how best the taxation and welfare systems can support economic activity and promote increased employment and prosperity in Ireland, while ensuring that there are sufficient resources available to meet the costs of public services in the medium and longer-term.

The Commission has delivered a 500-page report which includes a total of 116 recommendations focused on the design and administration of the tax and welfare systems.

The report makes clear its rationale with respect to many of its proposals – an ageing population, coupled with the level of public debt and other fiscal risks, mean that it is inevitable in the Commission’s view that the total amount of taxation required to fund public services will increase in the years ahead. The approach of the Commission has been to propose revenue-raising measures, with various measures aimed at broadening the tax base as it applies to wealth, earned income, and consumption proposed. Unfortunately, the Commission did not focus in a meaningful way on positive measures to stimulate economic activity to generate additional tax revenues.

By the Commission’s own admission, many of their recommendations would require further careful consideration prior to adoption and implementation. To this must be added the very substantial political challenge that would face any Government seeking to introduce the tax increases arising from the report’s recommendations.

Importantly, the report does not support the introduction of a net wealth tax in Ireland without first attempting to substantially amend Ireland’s existing taxes on capital and wealth. In this regard, it proposes that Capital Gains Tax (CGT) and Capital Acquisitions Tax (CAT) can be substantially reformed to deliver a higher yield, while addressing what it describes as “major deficiencies” in the current structure of these taxes.

While its support for the retention of CGT retirement relief and entrepreneur relief will be welcome for many entrepreneurs and businesses owners, the report proposes a number of measures which, individually or collectively, could substantially impact those looking to pass on businesses, farms, or the family home to the next generation, during their lifetime or on their death.

For example, proposals which would impose CGT on transfers on death and reduce the CAT Group A threshold (currently €335,000) to bring it substantially closer to the Group B and C thresholds (currently €32,500 and €16,250, respectively) would by themselves add a significant tax cost to many inheritances.

If the Commission’s proposals to restrict CAT business property relief and agricultural relief, and bring gains on the disposal of an individual’s principal residence within scope of CGT were added to this, it could fundamentally reduce the opportunity available to parents to pass assets to the next generation without fear that the associated tax burden will force the sale of some or all of these assets.

Taxation of land and property

The Commission also sees scope for revenue-raising measures with respect to the taxation of land and property. It was the previous Commission on Taxation report, published in 2009, which proposed the introduction of Local Property Tax (LPT) in Ireland. LPT was then implemented in 2012 with the first charges arising for households in 2013. At the time, the potential benefits of such a tax were clear to the Commission – a broad-based tax on property could be an effective means of raising revenue in a manner that would be equitable and less likely to produce distortionary effects in the market.

The current Commission has taken this a step further, with their report proposing the imposition of a Site Value Tax on all land in Ireland which is not subject to LPT, along with various enhancements to the LPT system. The suggested amendments include increased rates of LPT for vacant properties as well as on properties held by owners of multiple properties that are not occupied as the owner’s primary residence or by a registered tenant.The Vacant Homes Tax announced in the Budget and discussed elsewhere in this publication appears to be a step in this direction.

The proposed introduction of a Site Value Tax, which would apply an annual charge based on the value of land, disregarding any development thereon, revisits the work of the previous Commission, where the possibility of introducing such a tax was considered but ultimately not recommended. The 2009 Commission viewed the practical challenges of introducing a Site Value Tax as prohibitive – in particular, the challenge of building a national map outlining the boundary, ownership, and undeveloped value of every site in Ireland.

While the current Commission acknowledges these challenges, it believes them to be surmountable and the potential benefits to be significant enough to justify the work involved. It is likely that the mapping process for the newly legislated for Residential Zoned Land Tax, which will target undeveloped residentially zoned land, will prove an interesting litmus test, as the first maps defining the scope of that tax are due to be published by local authorities in November this year.

Curiously, at a time when Ireland is facing a significant challenge with the supply of residential accommodation, the Commission has discouraged tax measures aimed at the short-term stimulation of construction activity in the property market.

The Commission’s terms of reference also tasked it with considering how Ireland can maintain its attractiveness for foreign direct investment (FDI) and promote growth in our SME sector.

The report places a particular emphasis on adapting the tax system to better support investment in SMEs. Positive recommendations in this regard include opening up CGT entrepreneur’s relief to angel investors and enhancing the employment investment incentive (EII) for early-stage, high-risk and R&D-intensive businesses. In addition, the proposal to develop an advance assurance mechanism with respect to the EII and the R&D tax credit regimes (amongst others) would be an important practical step to opening these reliefs to SMEs and their investors, where the risk of future audit of a self-assessment claim can act as a deterrent to their uptake.

However, the report’s proposal that the Class S rate of PRSI (applicable to the self-employed and proprietary directors) should be increased from its current rate of 4% to align it with the Class A employer’s PRSI rate of 11.05% may be viewed by many as anathema to the entrepreneurial spirit that many of the report’s recommendations seek to foster.

The report expresses support for the 12.5% rate of corporation tax and notes the significant contribution made by FDI to the Irish economy.

However, the report is conspicuously light on recommendations that would directly improve the attractiveness of Ireland as a location for FDI. Indeed, recommendations such as the proposal to cap or remove the exemption from employer’s PRSI on share-based remuneration, to restrict SARP, and limit the availability of the remittance basis of tax to just three years of Irish residence will lead to increased difficulty and cost for large businesses seeking to attract and retain international talent here.

Given the ever-increasing importance of aligning the location of talent with where profits are earned in the global tax environment, such recommendations fly in the face of what many would like to see in this area.

Where to from here?

Following publication and significant public comment, the future of the report’s recommendations will likely depend in large part on the actual scale and timing of the fiscal challenges which the report seeks to mitigate. In addition, the future adoption of the report’s recommendations will be significantly influenced by the political challenge or benefit to any future Government seeking to implement its findings.

Regardless of one’s view on the likelihood of the confluence of these factors, it appears certain that by simply voicing many of its recommendations, the Commission has steered the public and private discussions of many Irish policymakers for the future. 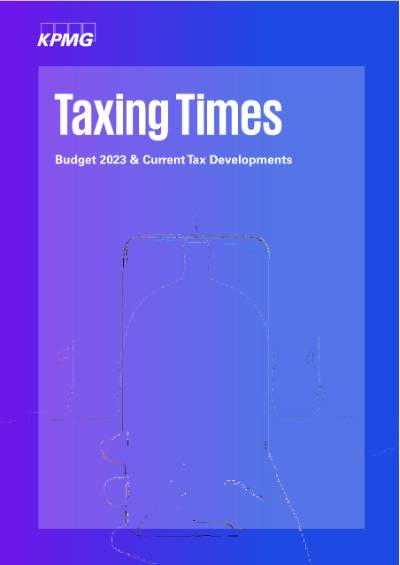