The objective of this Bulletin is to share with each of the companies the most relevant information on legal and tax matters on a fortnightly basis. 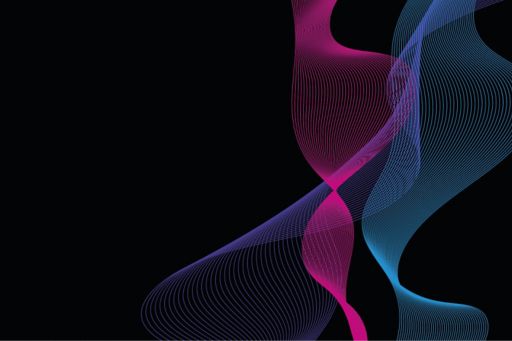 On October 28, 2021, the Congress approved project No. 21,252 "Law to Promote Employment Opportunities for People Over 45 Years of Age" in second debate.

The purpose of this project is achieving the hiring of individuals over 45 years of age through tax incentives rather than by making it mandatory to hire individuals of such age.

With this Law, the Income Tax Law will be reformed, and it will be a deductible expense from the gross income, when it is shown that at least 20% of the payroll are workers over 45 years of age.

The law will take effect once it is published in the Gazette.

Law of Attraction of Film Investments in Costa Rica

On October 12th, 2021, the bill was approved in a second debate by Congress, under file No. 22,304 “Law of Attraction of Film Investments in Costa Rica”.

The purpose of this law is to promote investment and development of international film productions, co-productions, and activities in Costa Rica, as a source of economic generation, productive chains, creation of enterprises and the hiring of Costa Rican human talent, including a significant impact on the tourist and commercial sectors, for which the incentives contained in this law will be granted.

Those natural or legal persons not domiciled in Costa Rica, either as producers or co-producers with national individuals or legal entities, who carry out film or audiovisual investment projects duly approved by the Foreign Trade Corporation (PROCOMER by its initials in Spanish), to which the following incentives will be granted:

a) They will be exempt from income tax on dependent or independent personal work and from withholdings for remittances abroad from foreign personnel for payments to actors, actresses, directors, producers, technical personnel and all those necessary for the development of the project, provided that said payments are not made with funds from a Costa Rican source.

b) Temporary importation of equipment and spare parts for film and audiovisual production to the territory with suspension of all import taxes, as well as exempt from guarantee deposit.

c) Exemption from all import taxes, charges, fees, or contributions that fall on tools, clothing, makeup, scenography, and technical material that are required to carry out the project.

Public Consultation: Resolution about the Guidelines for Procedures of Free Trade Zone Companies that operate under the category of Logistics Services

On November 2nd the Official Gazette reported on the Public Consultation of the General Scope resolution proposal for the guidelines for procedures related to transit; internments; mobilizations and exits of merchandise of the companies of Free Zones belonging to the category Logistics Services.

From this, entities representing general or corporate interest or diffuse interests are granted a period of ten business days to present their observations on this draft resolution.

Finally, it is reported that comments on this procedure should be sent to the email addresses artaviacf@hacienda.go.cr; urenadi@hacienda.go.cr and nicolas.miranda@comex.go.cr.

Approved in Second Debate: Law for the Promotion and Regulation of Energy Resources distributed from Renewable Sources

From the Legislative Assembly page, it is reported how, in search of protecting the environment, the representatives of the Republic approved bill 22.009 in a second debate.

From this, people and companies can produce their own energy to reduce costs related to electricity service. In this way, the generation of energy through renewable sources such as wind or solar is authorized.

Finally, this law authorizes electric power distribution companies to buy surplus from those generators that can prove a specific benefit for their users.

Public Consultation of the Project: Proposed Procedure for Outward

From the page of the Ministry of Finance, some information is provided about the making available for public consultation of the draft resolution "Proposal of Procedure for Passive Improvement".

This project aims to grant the officials of the National Customs Service; Auxiliaries of the Public Function and the public a tool capable of executing in a uniform, effective and efficient manner those activities related to the process of passive improvement of goods.

With this, a period of ten business days is granted to present the specific observations related to this project; which must be submitted to the email addresses Notif_depprocesos@hacienda.go.cr; urenadi@hacienda.go.cr; or artaviacf@hacienda.go.cr