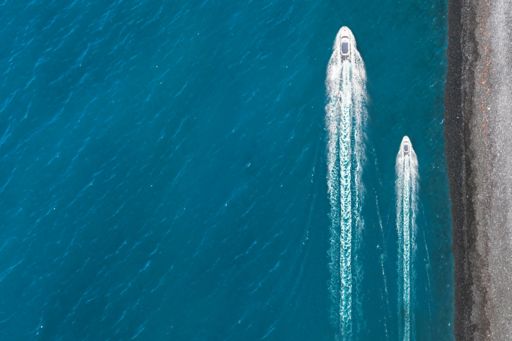 Announcement on Launching the Electronic Seal on the Online Processing Platform for Customs Administrative Permission (GAC Announcement No. 106 [2019])

National Development and Reform Commission and the Ministry of Commerce published the Catalogue of Encouraged Foreign Investment Industries (Version 2019) (hereinafter referred to as the “New Catalogue”), and the New Catalogue was effective 30 July 2019. GAC Announcement [2019] No. 125 was released on 24 July 2019 to address issues related to the New Catalogue. The announcement specifies in article one that as of 30 July 2019, self-used equipment imported within the total investment amount and the technology, components, accessories and spare parts imported along with the aforementioned equipment in accordance with contracts under the foreign-invested projects (including capital increment projects) that fall into the New Catalogue’s encouraged category (excluding the goods listed in the Catalogue of Non-tax-exempt Goods for Foreign-invested Projects and the Catalogue of Non-tax-exempt Imported Crucial High-tech Equipment and Products) shall be exempt from customs duty. However, these items will still be subject to import VAT in accordance with the Notice of the State Council on the Adjustment of Tax Policies for Imported Equipment (Guo Fa [1997] No. 37) and GAC Announcement [2008] No.103. Meanwhile, the announcement also standardises the code for the project industry policy catalogue.

In addition, the announcement specifies the transition treatment for the application scope between the New Catalogue and the previous version.

On 31 July 2019, the General Administration of Customs (“GAC”) issued Announcement No. 127 to launch a “two-step import declaration” pilot program at 10 port customs in Huangpu, Shenzhen, Qingdao and other three cities, starting from 24 August 2019.

For dutiable goods, the importer should submit an application for tax guarantee with the duty collection-related department of the in-charge customs authority.

According to the Notice of the Ministry of Finance, General Administration of Customs, and the State Administration of Taxation on the Import Tax Issue for the Registration of Chinese "Flag of Convenience" Vessels Returning to China (Cai Guan Shui No. 42 [2016]), to encourage some Chinese-funded "flag of convenience" vessels (i.e. vessels with a Chinese capital contribution of at least 50%) to return to China for registration, and to improve the safety of Chinese shipping, Chinese-funded "flag of convenience" vessels are exempted from customs duty and import VAT.

On 12 July 2019, the Ministry of Finance, GAC and the State Administration of Taxation issued their Notice on the Fourth Batch of Chinese “Flag of Convenience” Vessels Enjoying the Preferential Import Tax, which stated that the “Jiangyuan Taicang” and 34 other Chinese “flag of convenience” vessels will be exempted from customs duty and import VAT.

According to Article 38 of the Anti-dumping Regulations of the People’s Republic of China, the Ministry of Commerce of the People's Republic of China ("MOFCOM") proposed that the Customs Tariff Commission of the State Council impose anti-dumping duties. Based on the suggestion from the MOFCOM, the Customs Tariff Commission of the State Council decided to impose anti-dumping duties on imports of stainless steel billet and hot-rolled stainless steel plates (coils) originating in the EU, Japan, Korea and Indonesia for a period of 5 years starting 23 July 2019.

In order to enjoy policy benefits and facilitate enterprises’ inquiries into customs clearance information, since 16 July 2019, import and export enterprises have been able to inquire about customs release status information via the "Internet + Customs" all-in-one online platform named “Let Me Check”  and via “Query Statistics,” a sub-function of the China International Trade Single Window . Tianjin Customs’ website for inquiries regarding clearance and cancellation manifest information, and the website for inquiries regarding clearance and cancellation information have not been usable since 16 July 2019.

Ningbo Customs and the Ningbo Bureau of Commerce issued their Announcement on Comprehensively Operating the Management System for Processing Trade for the Second Phase of the Golden Custom Project (“The System”) in Ningbo, which was effective 25 July 2019. The main content of the Announcement includes:

In order to deepen paperless reform for customs declaration and facilitate trade, Ningbo Customs issued its Announcement on Comprehensively Implementing Electronic Power of Attorney (“POA”), with the approval of the GAC. Since 1 August 2019, except for in cases in which companies are unable to sign the POA or enter the POA series number due to computer, network or other technical issues, Customs will not accepted hardcopies of POAs.