KPMG and SUN INTERNATIONAL are proud to announce a new event on the local running calendar – the KPMG SunMile. This brand new event has been developed in response to the growing popularity of running as a sport. The KPMG SunMile aims to introduce the fun and camaraderie that is part of running a street mile to the people of the Sandton business district. 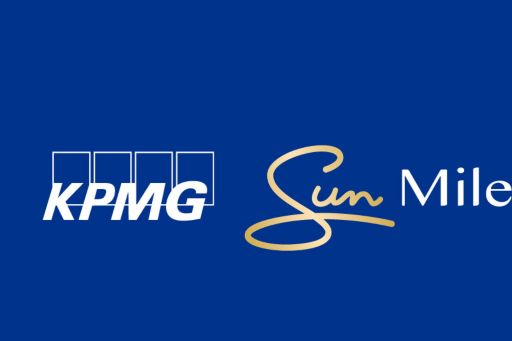 The mile is a race for everyone

As the distance of 1,6km is achievable by almost anyone, the KPMG SunMile provides organisations with the perfect platform to promote employee engagement, health and wellbeing.

Partnered by The City of Johannesburg, the KPMG SunMile will transform the Fredman Drive / Gwen Road precinct into the venue of a fun-filled street mile after business hours on Thursday, 23 February 2017. The street mile (1.6km) will be contested by teams of five runners, with the best four times to count towards the team’s overall time.

While there is a competitive element to the event and elite athletes are catered for with an attractive prize purse, the event is geared towards encouraging the working population of Sandton to get out and have some fun on the streets of Johannesburg.

Teams will be encouraged to line the streets and support fellow competitors en route, providing a carnival, street-racing atmosphere. The event promises great entertainment on the night, ranging from music, activations on the route and hospitality zones to a “runners only” afterparty at Taboo Nightclub. Sandton 24 Central will keep all athletes and spectators well fed and hydrated.

Not feeling fit enough? The KPMG SunMile can help

The event offers a number of training programmes for those who have never run before, as well as to those looking to improve their fitness. Powered by the Modern Athlete 9to5 Challenge and Planet Fitness, training groups will be available for all entrants.

A mile to get inspired by

“The mile race for a long time captured the imagination with an almost unbreakable 4-minute barrier. A barrier that for years seemed impossible to break until a man named Roger Bannister did just that in 1954. By doing so, he did not only break a record, he also broke a mental barrier allowing us to succeed and showing us that anything is possible.

“Ever since KPMG adopted #KPMGLifestyle, the initiative has created fantastic opportunities to increase interaction with our employees and to support employees in their quest to achieve a more active and ultimately healthier lifestyle. This initiative is therefore a perfect fit with the KPMG philosophy.” – Sipho Malaba, Head of Financial Services, KPMG in South Africa

Entries will be available from 1 December on the event website www.sunmile.co.za