What’s the tax bill for transferring a family business in South Africa? 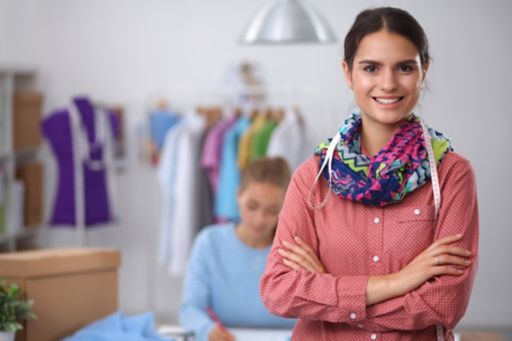 Succession planning is a vital consideration for business families to effectively transfer their business from one generation to the next. Although estate planning generally focusses on an individual family member’s tax costs associated with passing on assets on inheritance (ie death), the consequences for the next generation receiving the assets also has to be considered. Importantly, the question should be whether the transfer of the ownership of a family business on inheritance is too late?

Following on these questions, this year (2018) KPMG Private Enterprise initiated its third Global Family Business Tax Monitor across 65 jurisdictions to assess the tax costs associated with family business ownership succession, either on retirement or inheritance. The study has revealed some surprising results.

For South Africans, both the current family business owners and also the regulators (ie National Treasury and the South African Revenue Service), the results from the study may be better referred to as concerning. KPMG Private Enterprise believes that both should adopt a long-term view as opposed to a short-term view to generate perpetual growth of the family business and, in turn, the economy through both job creation and perpetual growth of the tax base and revenues to support the economy.

The KPMG Private Enterprise study deals with two scenarios, namely ownership succession on retirement and also on inheritance. The findings set out a comparative analysis of the effective tax rates both pre- and post- tax exemptions for both scenarios. The reason why the pre- and post- tax exemption scenarios are given is to illustrate how misleading it can be simply to look at the actual tax rates. Once relevant tax exemptions (in some cases specifically for family businesses) are taken into account the actual effective tax rates (ie payable to the revenue authority) can look very different.

This is where the current generation leaves the ownership of the family business to the next generation in their will.

On a comparative basis, this leaves South Africa as the most expensive jurisdiction, and the closest two jurisdictions thereafter are:

Thus, after taking relevant tax exemptions into account the tax cost of passing the shares in a family business to the next generation is significantly higher for a South African family business owner versus his or her counterparts elsewhere.

Of further interest to note is that South Africa was second to Japan when looking back to KPMG Private Enterprise 2016 study, with Japan’s effective tax rate (post- tax exemptions) of 41.94% in that year, compared to the current 18.81%. It would thus appear that the Japanese policymakers recognised, in the interim, the importance of reducing tax as a hindrance for passing family businesses through generations.

The retirement scenario looked at the position where the current generation passes on the ownership of the family business to the next generation when they decide to retire.

Once again, on a comparative basis, this leaves South Africa as the most expensive jurisdiction, with the closest two jurisdictions being:

The trend noted above is unchanged in that in the 2016 study South Africa was also second to Japan, with Japan’s effective tax rate of 60.78%, compared to the current 18.81%.

Of further interest is that there are many countries (39 to be precise), including the UK, Germany, Italy and Switzerland in Europe, China and New Zealand in the Asia Pacific, Nigeria and Morocco in Africa that have a zero effective rate on either retirement or inheritance.

The follow-up question on everyone’s mind

The follow-up question on everyone’s mind is, what do the regulators in the jurisdictions with no/low effective tax costs, now also including Japan, see in family businesses that other regulators have not considered?

From a KPMG Private Enterprise perspective, Jonathan Lavender, Co-Chair KPMG Private Enterprise Family Business & Global Chairman, notes "A thriving family business sector contributes to a vibrant economy. Tax-efficient transfers between generations leave wealth in the hands of entrepreneurial families to invest in profit-producing activities — and that can help stimulate job creation and innovation across generations”, which in our view are the more lucrative benefits to an economy.

The positive ‘side-effect’ of these lucrative economic benefits is that the tax base for the jurisdiction will grow, and the collection levels will, in all likelihood, grow in perpetuity. This perpetual growth in the tax base/collection, should accordingly outweigh the tax lost through exemptions provided for passing on the shares in a family business at a point in time, be it retirement or on death.

One also needs to consider the inherent risks/pragmatic considerations, which are all interlinked, associated with imposing tax costs on the transfer of the ownership of a family business:

What are the key considerations for regulators?

With reference to the Davis Tax Committee’s (DTC) report on the ‘Feasibility of a Wealth Tax in South Africa’ (released in March 2018), the introduction to the report states that “South Africa has existing wealth taxes in the forms of Transfer Duty, Estate Duty and Donations Tax.” This statement aligns with the views noted above with reference to the KPMG findings, and it is these taxes that contribute to the significant tax cost associated with the ownership succession of a family business.

The DTC report goes on to state that “Wealth inequality in South Africa is extremely high and poses a threat to social stability and inclusive growth.” The DTC cautions that new and alternative taxes will not resolve these economic issues, but in recognition of the need to be seen to be addressing the wealth inequality in the country the DTC provides the view that, if an alternative wealth tax is to be imposed, a recurrent net wealth tax may be a desirable form thereof. However, the DTC report does stress that any wealth tax should be well designed and should yield more revenue than the costs to administer the wealth tax.

Reiterating the economic benefits associated with a successful family business, noted by Jonathan Lavender above, not only the likely perpetual tax benefits, it is apparent that increasing the South African wealth taxes already in play may further jeopardise the inclusive growth and social stability multi-generational business families can provide the South African economy.

As such the DTC’s view that the design and yield of the wealth tax, be it a new tax or revision of the current wealth taxes, be appropriately considered is a valid recommendation. In this regard, reference should be had to the experience/lessons of other jurisdictions, and importantly the costs of administration both for the tax administration and the taxpayer, as referenced in the DTC report. The DTC suggests that alternative non-tax solutions are available, should the complexity and cost of introducing new taxes be seen to be untenable, and that, in the meantime, existing wealth taxes could be better administered to yield more.

The regulators also need to be mindful of adopting a short-term view in this regard. Extracting additional revenues in the short-term, associated with implementing/increasing the wealth taxes, also increases the risk of the key contributors to South Africa’s revenue collection extracting themselves from the South African tax base. Such key contributors are very mobile and are able to move the family business to a more attractive jurisdiction, as well as the personal wealth of the family. Thus, a short-term view could hinder the economic growth of the economy, which in turn hinders perpetual tax revenues associated with the growth of an economy.

It is never too early to start planning

One of KPMG Private Enterprise’s overriding recommendations to any family business is that it is never too early to start planning for ownership succession. Although the tax costs, as set out in the KPMG report, are a key consideration in this regard, there are also other financial and personal implications for the family as a whole.

Planning in this regard requires consideration of the family governance structures, which should at the least incorporate:

In light of the above KPMG Private Enterprise acknowledges the fact that families running business do not always have the time and/or expertise to formalise and implement the planning process. In addition, within a family environment, there is the need for an independent voice. As such, the final consideration is for the family to work with an independent trusted advisor who understands the values and needs of the family, and poses the difficult questions for the family to consider before it is too late.

Currently South African family business owners need to acknowledge that they will trigger relatively higher tax costs on transfer of the ownership of the business to the next generation.