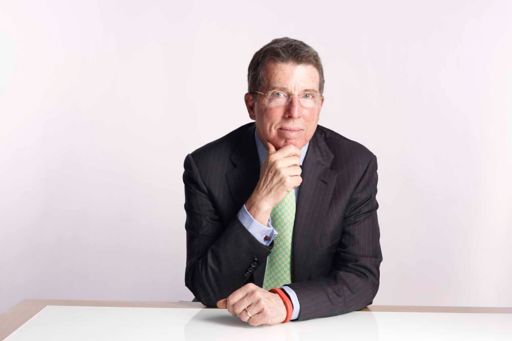 Africa is the world’s second most populated continent, yet this population is massively underserved by the financial services industry. However, in the past two years that picture has begun to change as African banks begin to show solid growth.

A real, fast moving example is Atlas Mara, founded by Bob Diamond (the former CEO of Barclays) and Ashish Thakkar (a highly successful African entrepreneur) and backed by investors from the United States, Asia and EMEA. The company has acquired eight banks in seven countries in Sub-Saharan Africa with further plans for acquisition and growth.

According to Bob Diamond, there is a tremendous need for new banking models in Africa: “The traditional banking model in Sub-Saharan Africa is to take deposits and invest them into domestic T-Bills but that essentially means there is almost no lending to consumers or businesses.”

Atlas Mara’s experience illustrates how African regulators have opened up across the continent and how governments are taking a more active role in driving positive change in their economies. When the group purchased BancABC (a leading bank in five African markets) in early 2014, they managed to secure regulatory approval from six different regulatory bodies in less than six months.

Diamond and Thakkar firmly believe that Sub-Sahara Africa has significant potential over the long-term, particularly as new regional trade blocs gain momentum and Africa’s small businesses look to neighboring markets for new growth opportunities. “We believe that trade between African markets is about to grow tremendously which, in turn, will bring massive opportunities for financial services organizations across the board,” says Diamond.

In part, Diamond attributes Atlas Mara’s success to creating specialized lending units targeted to a wide range of potential African banking customer segments such as women, agricultural businesses, tourism and traders. Underpinning this segment specific focus is the organization’s successful application of data and analytics to risk modelling for lending. Using a data driven, analytic approach, Atlas Mara has achieved a much more focused and risk intelligent view of the market which, in turn, has allowed decision makers to see both risk and opportunity.

At the same time, Atlas Mara is benefiting from the better and wider application of best of breed, standard banking practices commonly in place in major global banking operations. By applying these practices to less developed African banking markets, the company is establishing a competitive advantage.

While Atlas Mara has moved quickly to cement a top-ranking position in the African bank markets, the team is clear that building a sustainable footprint in Africa is a long-term investment and opportunity. Diamond points out that new owners need to run the bank for some time before they can start to fully integrate the systems and technology: “You need to look at Africa as a five to seven year project rather than a one to two year strategy.”

As a case in point, the Atlas Mara team views the recent drops in commodity prices as a short-term challenge but a long-term benefit for Africa’s resource and commodities-dependent markets.

The challenges faced by banks in the African marketplace make valuation different for different organizations. With ever tighter regulatory and capital requirements, the synergies of capital and client base that drove the geographic expansion of large global banks over the last two decades no longer exist, creating opportunities for smaller, regionally focused banking competitors.

According to Bisi Laminkana, a Partner with KPMG in Nigeria and Team Lead of the global network’s Project Africa Banking initiative, financial services organizations seeking to take part in Africa’s growth will need to balance opportunity with patience. “The growth potential of Africa is tremendous and the rewards available to those willing to be bold, savvy and committed to Africa over the long-term will be significant,” she noted. “The key is to take an innovative approach that combines a deep understanding of the market specifics with a sustained commitment to delivering world-class services leveraging technology and process innovation.”

Frontiers in Finance May 2016