This edition of the HGM Tracker shows that rising deal volumes marks a return to growth, suggesting that a turning point has been reached in the performance of global M&A markets.

The number of deals between developed market acquirers and high growth market targets (D2H) rose by 11 percent between July and December 2014, the second semester in a row that the volume of D2H deals increased. Two consecutive semesters of growth in D2H deals suggest the uptick in transactions is more than a temporary blip, and that the long decline in the volume of D2H M&A transactions over the past few years has been halted.

It is a similarly positive picture for deals involving high growth market acquirers of developed market targets (H2D) demonstrating a 9 percent increase in H2D deals in the second half of 2014 and a 23 percent increase since 2013. The two years of uninterrupted growth in H2D deals would seem to indicate an undeniably robust resurgence and positive message of growth. 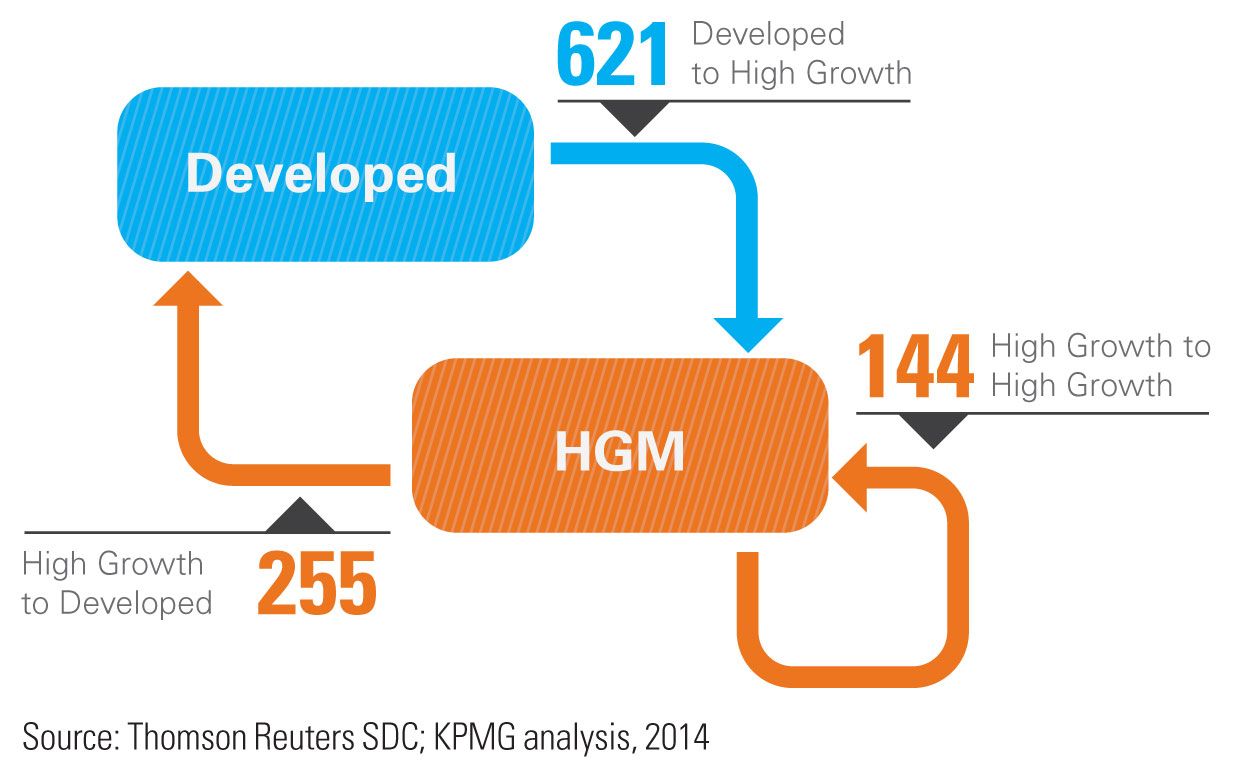