How can big data make a big difference to your performance?

How can big data make a big difference

The mountain of information retailers are accumulating is about to pay big dividends. But to harness the true power of big data, crunching the numbers is less significant than strategic vision. 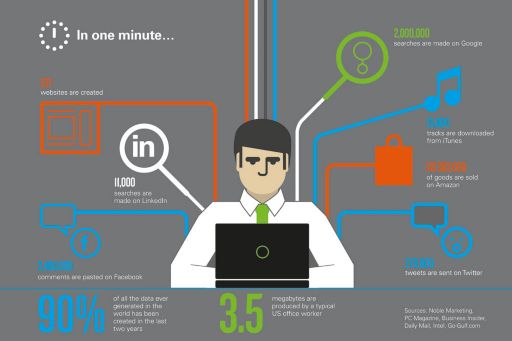 With the amount of stored information growing four times as fast as the world economy – and the processing power of computers nine times faster – the most striking aspect of big data is its sheer scale. Yet for consumer brands, suppliers and retailers, the quest to realize the immense promise of data analytics doesn’t begin with zettabytes, software packages or organograms depicting real – or imagined – flows of information, it starts with a spot of self-analysis.

Eddie Short, Partner and Lead for Data and Analytics at KPMG in the UK and EMA, says: “It’s not all about the numbers behind the strategy, it’s about the strategy behind the numbers. You need to understand the key drivers of value in your business, make sure you have a clear line of sight between data and your strategic priorities and make sure you have the processes you need to convert data into actionable insight.”

Big data is an urgent challenge but the temptation to act now and discuss later should be resisted. Understanding your priorities is crucial if you are to achieve the requisite return on investment. George Svinos, Head of Retail for KPMG in the Asia Pacific region, says: “What some companies are struggling with is proving there is a cause and effect in any measureable way. If you invest in new data – or new analytics capabilities – to launch a discounted promotion to a particular customer segment, how do you know that you wouldn’t have sold to those same customers anyway?”

In the retail industry, which has invested billions in customer relationship management systems and powerful data warehouses, complacent executives may assume they have data covered. Not so, Short cautions: “Companies like Google, Facebook and Amazon already know more about most companies’ customers than they do themselves. The only thing you can be certain of is that doing nothing is not an option. You have to up the ante to win market share.”

In the retail sector, big data is often reductively seen as relating to the kind of consumer metrics luxury goods brand Burberry has developed. Programs such as Customer 360 – a data-driven shopping experience that invites customers to digitally share their buying history, shopping preferences, Twitter posts and fashion phobias – harness powerful data platforms to analyze and deliver that information to sales staff via their tablet computers. Such schemes have already proved their value, but Short says there’s far more to big data than getting to know your customer.

KPMG’s research has identified three types of analytics that companies focus on, and in each area, big data could make a crucial difference:

Amazon has relied on analytics that support the organization’s core purpose – and its culture of metrics – to achieve its growth targets. “Successful companies in this area,” Short says, “recognize that analytics is not just about driving profits but helping monitor trends internally and externally, which helps them stay ahead of customers, suppliers and their competitors. So, for example, if you’re doing sentiment analysis on social media, you might identify a trend six months before your rivals and steal a march on them.”

Some activities are not core to the business, but still need to be monitored – and can be improved. Here the focus is not on being the best but on having adequate capability. Even so, data can still yield dividends. By sharpening its understanding of ancillary analytics, Heineken has been able to reduce the number of vendors it uses by a factor of 10. Better insight into its vendors has also translated into major improvements in its contractual arrangements with them.

Understanding what went wrong and how to rectify it

Big data isn’t always driven by the need to seize an opportunity. When the worst happens, companies need to quickly and accurately understand what went wrong and how to rectify it. Short says: “Our research indicates organizations that take a disciplined approach to the key areas of analytics are likely to bounce back much more rapidly from disaster.” All these kinds of analytics are critical to long-term success yet they will affect each organization differently. The questions may be similar – Where would big data be a game-changer for the business? What supportive process, policies and structures will be needed? What expertise will add the most value when aligned to your business objectives? – but the answers certainly won’t be.

For some, the immediate value may reside in reducing churn in a critical sector of the workforce. For others, it may be about analyzing why the ratio of floor traffic to sales varies so much between stores. One upscale US retailer has used big data to analyze key data points (sell-through rates, out-of- stocks, price promotions) at the product or stock-keeping unit level at a particular time and location, developing thousands of scenarios to assess the probability of selling a product – so it can optimize assortments by location, time and probability. A US retail bank monitors social media activities to identify at risk customers. One large consumer products company, analyzing related-party payments by contractors and third parties, identified over US$30m of erroneous checks and payments over an 18-month period.

There is a lot of hype around big data. Technology critic Evgeny Morozov recently quipped: “If you have a trove of unpublishable papers, just add the words ‘Big data’ and see them go viral.” Yet Short says: “Big data will be one of the essential management tools of the 21st century.” Indeed, various studies into the potential impact of big data have concluded that analytics could improve retailers’ margins by anywhere from 40-60%, far from insignificant in an industry where margins are constantly under pressure.

Big data describes vast quantities of raw, digital data that test the ability of existing software and management tools to manage and analyze data so massive it is hard to know what it can tell you and what it can’t – and what value it might bring to the business. Svinos says: “Until recently, advances in digital technology have meant that our capacity to collect data has exceeded our ability to use it profitability. That is starting to change.”

“Not everything that succeeds in business is based on what you have done before.” - George Svinos, Head of Retail for KPMG in the Asia Pacific region

Many companies are already realizing the latent competitive advantage in mining the data they already own (or can access). One major US retailer, which moved from spreadsheets to big data in three years, credits its investment in analytics for a 10% increase in store sales. Other retailers believe that in a world where consumers are tracked in-store as closely as on websites, and consumer personalization is becoming exponentially more sophisticated, big data could help them solve the enduring conundrum that is the omnichannel. This conviction may explain why US retailers spent US$2bn on business intelligence and US$9.4bn on infrastructure in 2013.

To succeed, business leaders need to realize that putting analytics at the heart of their business is not the same as becoming a slave to data. Svinos says: “Not everything that succeeds in business is based on what you have done before. A successful product will not necessarily predict the next successful product. But this kind of analytics is an essential component of sound decision-making.” Take away the hype, the software and the technology, and you could argue that big data is just evidence-based management elevated to the nth degree.

The better the expertise, the deeper the insight

Although some analysts argue that big data’s algorithms can replace managers as decision-makers, Short says: “Management insight remains a vital part. The deeper your insight into your business, the less you will have to rely on the kind of mathematical muscle Google brings to big data. Often, even when the data scientists have interpreted the information, it may not present you with one solution. It may suggest there is an opportunity – or problem – to be faced and your experience, insight or instinct could guide your response.”

In their book Big Data, Viktor Mayer- Schönberger and Kenneth Cukier suggest the key is not replacing management with data-crunching software but developing a corporate mindset where managers can analyze data, understand how to tap into it and unlock new forms of value.

To do this, companies need expertise. Hal Varian, Google’s chief economist, says: “Data is so widely available and strategically important that the scarce thing is the knowledge to extract wisdom from it.”

The interaction between managers and data scientists is critical. Historically, companies ask a question and collect data to answer it. With big data, it’s the other way around. The data is being collected and it’s up to you – and your data scientists – to know what to ask. The challenge for data scientists is how they present their findings and make their assumptions clear. The challenge for managers is to intelligently interrogate the findings and not fixate on the precision of the data or suggest that the best solution is to ask for some more data.“

Being able to ask why, rather than spending more time demanding to know more, is likely to deliver genuine insights that can be acted upon,” says Short. There is, he admits, a risk that “C-level execs scream for more data, seeing it as a panacea. Showing them that not all data is business-critical – some is utterly useless – can be difficult.”

Yet when the relevant data has been defined, managers and experts must feel free to mine it for value. Svinos says: “Often the real value comes when you combine different data sets. Let’s say, for example, that you are a supermarket that is branching out into insurance. If you found a data set that told you an applicant regularly filled their car up at 3am at a downtown gas station, that would affect how you handle their application. The key is developing an understanding as to which relationships between data and data sets are important.”

Hiring data scientists and investing in software do not, by themselves, create an information-led organization. You also need a new attitude towards IT. Many managers at retailers perceive IT as a back-office function – in other words, a large cost center – whereas with big data, it needs to become the engine of business growth.

Successful companies make analytics an enterprise-wide, strategic priority; identify whether they have the appropriate governance, operating, competency and process models to make the best use of the investment; and act to ensure they have the mechanisms to deliver the right information to the right managers. Time is of the essence – front line managers tend to want it all and want it now – but so is simplicity. Complex legacy systems should not prevent retailers or brands from delivering a single customer view across all products and markets.

Given such complexities, Svinos’s advice to companies about to invest in big data is: “Remember it’s a case of trial and error. Don’t bet everything on one approach. Accept your defeats, learn from them, and think hard about the kind of information you are collecting and how it can deliver the most enduring value for your business. And always remember the question you should start out with: what am I trying to achieve?”