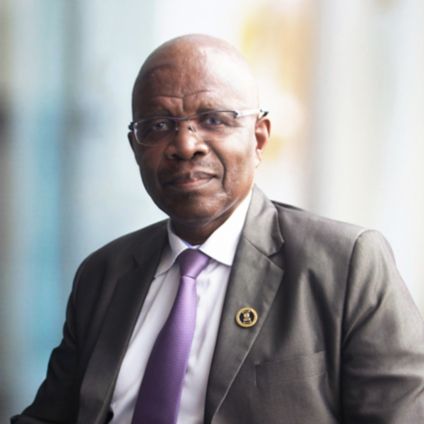 Chairman of the Board

Prof Wiseman Nkuhlu is currently the Chancellor of the University of Pretoria and a member of the Advisory board of the South African Institute of Chartered Accountants (SAICA).

Prof Nkuhlu has served as President of the South African Institute of Chartered Accountants for two terms, from April 1998 to April 2000. He is passionately involved with the development of Black Accountants and is the Patron of the Nkuhlu School of Accounting of the University of Fort Hare.

He served as Economic Advisor to the President of the Republic of South Africa, T M Mbeki, and as Chief Executive of the Secretariat of New Partnership for Africa’s Development NEPAD from 2000 to 2005, playing a major role in the elaboration of NEPAD policy framework and in promoting the programme both in Africa and internationally. He participates regularly as a speaker in international conferences on African Development issues and corporate governance.

In recognition of his contribution to education, business and development, Professor Nkuhlu has received a number of awards, including Honorary Doctorates from the Universities of the Free State, Stellenbosch, Cape Town, Pretoria, Nelson Mandela Metropolitan University, Witwatersrand and University of Fort Hare; and merit awards from the National African Federated Chamber of Commerce, Association for Advancement of Black Accountants of Southern Africa and the Black Management Forum. He was also awarded the President of Convocation Medal by the University of Cape Town in June 2004. The medal is awarded to graduates of UCT for outstanding community service.