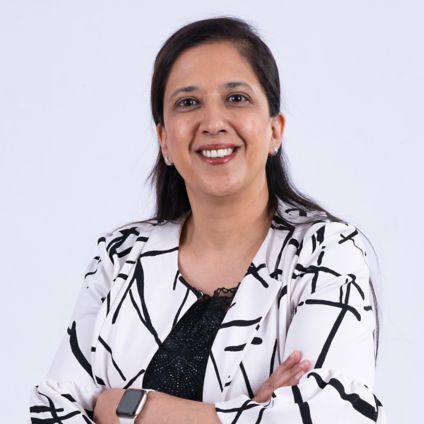 Safeera has worked in the Energy & Natural Resources sector for the last 21 years.

Her business expertise includes working with mining, chemical, oil and gas and forestry listed companies. Safeera has acted as the lead audit engagement partner for several JSE and global clients. She has an in-depth understanding of implementing and auditing accounting standards, including IFRS, GRAP and US GAAP.

Safeera has implemented and reviewed SOX controls at a major energy company. She spent two years at the company during their restructure to re-implement their SOX controls that ensured compliance with the operating model and COSO.

She currently services a number of JSE listed entities. She prides herself on her track record of coordinating and managing a global team of auditors to deliver each audit engagement in time and on budget.

Safeera joined KPMG in 2000 in the Audit division. She became a director of KPMG South Africa on 1 September 2007.

During 2019, Safeera was appointed as the Head of Energy & Natural Resources nationally and on 1 September 2019, she was appointed to the Executive Committee of KPMG South Africa.