The SSM Framework and its place in EU

SSM Framework Regulation provide the legal basis for the operational arrangements related to the prudential tasks of the SSM. 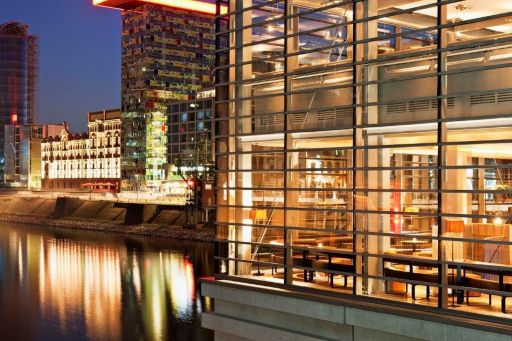 The legal basis for the Single Supervisory Mechanism (SSM) is the Council Regulation (EU) No 1024/2013 (the SSM Regulation – SSMR).

On the basis of this regulation, the European Central Bank (ECB) was given responsibility for the supervision of banks within the euro area (currently 19 EU Member States) on 4 November 2014.

The more precise organization of collaboration between the ECB and the National Competent Authorities (NCAs) within the decentralized supervisory system of the SSM is regulated in Regulation (EU) No 468/2014 of the European Central Bank (the SSM Framework Regulation – SSMFR).

The SSM Regulation and the SSM Framework Regulation provide the legal basis for the operational arrangements related to the prudential tasks of the SSM. Together, these two key regulations give the ECB as a cross border supervisory power possibly an unprecedented level of legal power and authority.

Arising from the SSM regulation, the ECB has established an Administrative Board of Review charged with carrying out internal administrative reviews of the decisions taken by the ECB when conducting its supervisory tasks if requested by a bank or individual. In addition, they have established an internal body, namely the Mediation Panel. If requested by an NCA, this panel will deal with an objection of the Governing Council expressed with respect to a draft decision prepared by the Supervisory Board.

In carrying out its prudential tasks, as defined in the SSM Regulation, the ECB applies all relevant EU laws and, where applicable, the national legislation transposing them into Member State law. Where the relevant law grants options for Member States, the ECB also applies the national legislation exercising those options. The ECB conducts supervision in line with the technical standards developed by the European Banking Authority (EBA) and adopted by the European Commission. Moreover, in areas not covered by this set of rules, the SSM may issue its own standards and methodologies, while considering Member States’ national options and discretions under EU legislation.

The SSM also operates within the context of the broader European supervisory architecture. The SSM cooperates closely with other European institutions as explained below.

The European Systemic Risk Board (ESRB) is tasked with overseeing risks in the financial system within the EU as a whole (macro-prudential oversight). The ESRB is led by a Board consisting of the ECB, the European Supervisory Agencies (ESAs) and members from all EU central banks.

If the ECB uses the macro-prudential instruments defined in the CRD IV or the Capital Requirements Regulation (CRR), either at the request of the national authorities or by deciding to adopt stricter measures than the ones adopted at the national level, it needs to take the ESRB’s recommendations into account.

The ECB closely cooperates with the European Supervisory Authorities, especially the European Banking Authority (EBA). The EBA has responsibility for proposing technical standards to the European Commission and is the guardian of the single rule book for banking supervision within the EU. The ECB has observer status at the EBA Board of Supervisors.

The SSM is involved in the EBA’s work and contributes significantly to supervisory convergence by integrating supervision across jurisdictions.

The Single Resolution Mechanism (SRM) is one of the three pillars of the banking union alongside the SSM and a common deposit guarantee scheme. It aims to centralize key competences and resources for managing the failure of any credit institution in the participating Member States. The SRM complements the SSM; it will ensure that if a bank subject to the SSM faces serious difficulties, its resolution can be efficient with minimal costs to taxpayers and the real economy. The SSM will assist the SRM in reviewing the resolution plans, with a view to avoiding the duplication of tasks. The Single Resolution Board (SRB) is the resolution authority within the European Banking Union. It works in close cooperation in particular with the national resolution authorities of participating Member States, the European Commission and the European Central Bank. The Board will prepare resolution plans and will carry out the resolution of banks in trouble, whenever one of them fails or is likely to fail. The Board will also be in charge of the Single Resolution Fund, a pool of money financed by the banking sector which will be set up to ensure that medium-term funding support is available while a credit institution is being restructured. The SRB was established by Regulation (EU) No 806/2014 on the Single Resolution Mechanism. The SRB will be fully operational, with a complete set of resolution powers, from January 2016.

With the establishment of the SRM, the European Stability Mechanism (ESM) will be able to recapitalize institutions directly (the credit institution would have to be – or be likely to be in the near future – unable to meet the capital requirements established by the ECB in its capacity as supervisor, and the institution must pose a serious threat to the financial stability of the euro area as a whole or of its Member States). If an ailing credit institution that is directly supervised by the ECB needs to be recapitalized, the ECB will be responsible for compiling the necessary information.