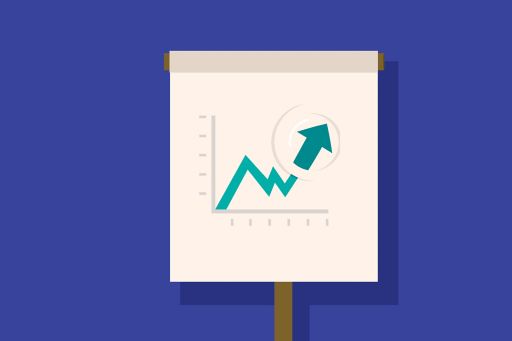 KPMG Al Fozan & Partners announced it has achieved a record growth of 26% as of fiscal year, ending 30 September 2016. The announcement is concurrent with KPMG Middle East & South Asia (MESA)’s recent release of fiscal year report indicating 10.7% growth in aggregated revenues of member firms across the MESA; This marks the third consecutive year for the region to record double digit growth, placing it among the fastest growing regions within the KPMG network.

During the year, KPMG across the MESA region had over 2,500 new joiners including 12 new Partners. A further 15 Partners were appointed through internal promotions. By the year end, KPMG’s resource pool within the region had expanded to nearly 7,000 professionals and associates with member firms present in 14 countries and covering 30 office locations. KPMG in Saudi Arabia workforce alone totals about 859 experts, professionals and associates, out of which are 37 internal partners.

“KPMG’s strong FY16 results, in what remains a low-growth global environment, are a testament to the passion and innovative thinking we bring to our work. In today’s volatile business climate, our strategic investments in technology, alliances, and our people, are fuelling our growth across our geographies and service lines. In FY16, thousands of extraordinary people were hired across the KPMG network, and we continued our relentless focus on providing high-quality, excellent service.” said John Veihmeyer, Chairman, KPMG International.

“We continued to prioritize strategic investments in new services and technologies in FY16, focusing on the areas where we see businesses facing the greatest challenge which can be turned into opportunities. We are also working closely with a number of the world’s leading technology companies, in alliances that bring together world-class innovation, business expertise and leading edge technology.” he added.

Commenting on developments across the region, Abdullah Al Fozan, Chairman of KPMG MESA and KPMG in Saudi Arabia  , and Member of KPMG’s Global Board said: “Throughout 2016 we have continued to aggressively invest in areas such as strategy and operational consulting, digital and customer experience, oil & gas and chemical sector capabilities, indirect taxation with a specific focus on VAT as well senior recruitments to enhance capabilities in transfer pricing, trade and customs, technology transformation, risk, cybersecurity, financial services sector capabilities and data & analytics among a broader set of regional growth initiatives.”

“At KPMG in Saudi Arabia, we endeavor real hard to expand and strategize investments by closely working with our clients and long-term partners, this involves careful listening to what positively drives global economies today. As such, part of our plans was to invest in sectors that go hand in hand with the Kingdom’s transformation program and Vision 2030”, he added.

“By developing and empowering our people across all functions, we are better able to offer practical insights that assist our clients to operate more effectively in today’s changing business environments.” Concluded Al Fozan.

Highlighting the significance of KPMG’s impact in the marketplace and its major contributions to businesses, KPMG member firms in the region received a number of accolades including the Best Audit Services Award at MENA Fund Manager Fund Services Awards and at the MENA Insurance Review’s Insurance Awards – 2016, the Accounting Firm of the Year at the CFO
Middle East Awards earlier in the fiscal year and continued be ranked as a ‘Top Tier Firm’ in the Gulf Cooperation Council (GCC) region according to the International Tax Review since 2015.

Abdullah Al Fozan concluded his comments by saying: “Today, KPMG is one of the most resourced professional service networks in the region with a vast clientele comprising public sector institutions, multinationals, regional and local companies, enterprise businesses as well as other organizations. We also continue to working alongside some of the largest economic transformation programs, assisting the institutions driving these initiatives in working towards achieving macro level objectives.”

In FY16, more than 37,000 new graduates and other entry-level professionals joined KPMG member firms, and more than 300 new external partners and more than 600 promoted KPMG partners were welcomed into the leadership ranks. KPMG's global workforce grew by more than 8% to almost 189,000 partners and staff, the highest number of individuals ever employed across the network.