KPMG’s ‘Football club’s valuation: The European elite’ report provides an indication of the value of the most prominent European football clubs. 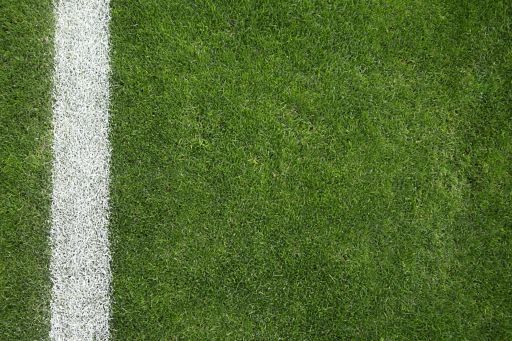 In advance of Saturday’s UEFA Champions League final between Atlético de Madrid and Real Madrid CF, KPMG is releasing ‘Football club’s valuation: The European elite’, a new ground-breaking report providing an indication of the value of the most prominent European football clubs.

“Our analysis of Europe’s 32 leading football clubs highlights the changing economic landscape of football. While football clubs are among some of the world’s most instantly recognised brands, with truly global fan bases, their Enterprise Value when measured in a similar way to any other business, is relatively small.

"Thanks to the deal signed by the English Premier League at the beginning of 2015 the difference in terms of broadcasting revenues among the leading European leagues and the Premier League has widened significantly, despite the booming price of domestic broadcasting rights across other parts of Europe.

KPMG’s research found that English clubs top the report in terms of Enterprise Value (EV) per country with a combined total value in excess of EUR 10 billion. English clubs accounted for approximately 40% of the aggregate value of the 32 clubs valued.

Spanish teams, who have won all of Europe’s major club competitions for the past three years, follow suit with approximately EUR 6.6 billion of EV, buoyed by the two giants, Real Madrid CF and FC Barcelona, which together represent 85% of the Spanish pie and 21% of the total.

Spain is the only country represented by two clubs whose enterprise value exceeds EUR 2 billion each.

Germany had only 3 clubs valued amongst Europe’s top 32 with a combined value in excess of EUR 3.5 billion.

Italian teams today play a less prominent role both on and off the pitch. FC Internazionale Milano were the last Italian club to lift the UEFA Champions League back in 2010, and since then only Juventus FC last year have been able to reach the final. Although Italy has the highest number of represented clubs (7) together with England, the overall enterprise value of the Italian teams is 70% lower than the English ones (EUR 3.1 billion vs. EUR 10.2 billion). Juventus FC, with an EV almost approaching EUR 1 billion, are the only Italian club appearing in the Top 10.

Paris Saint-Germain FC from the French Ligue 1, were assessed as the 10th most valuable club in the ranking, with a value of EUR 843 million.

Only six clubs out of 32 (AFC Ajax, PSV Eindhoven, SL Benfica, FC Porto, Fenerbahçe SK and Galatasaray SK) do not play in one of Europe’s ‘big 5’ leagues, and these clubs only account for approximately 5% of the total enterprise value of the 32 clubs evaluated.

Commenting on the report Nigel Layton, Partner at KPMG in the UK, added:

“The strong showing by the English clubs in this report is a real testament to the quality of the clubs themselves, and also to the fantastic league that the Premier League has built up and the reputation English football commands internationally.

“In fact, it’s fair to say the English clubs dominate the ranking with five making it into the top 10 and English clubs overall accounting for nearly 40% of the collective value of the 32 clubs analysed. The recent broadcasting rights renewal negotiated by the Premier League has had a momentous impact on this, adding significant value to the clubs and setting the English Premier League further apart from others in Europe.”

*This first KPMG’s ‘Football clubs’ valuation’ report aims to provide an indication of the Enterprise Value of the most prominent European football clubs as at 1 January, 2016.  The foundation of this report is an analysis of publicly available financial and non-financial information of the 2013/14 and 2014/15 football seasons for the most prominent 32 football clubs.  It is, therefore, important to highlight that the report does not consider the business and sporting results achieved by each club in the 2015/16 football season.

The formula KPMG’s professionals have developed is based on the Revenue Multiple methodology and takes in to consideration five specific characteristics of each club and market; profitability, popularity, stadium ownership, broadcasting rights and sporting potential.

Further details of the methodology can be found in the report.

The enterprise value range of the 32 most valuable clubs can be found on the list below. The full list of clubs and values can be reviewed in the report.

KPMG is a global network of professional services firms providing Audit, Tax and Advisory services. We operate in 155 countries and have 174,000 people working in member firms around the world. The independent member firms of the KPMG network are affiliated with KPMG International Cooperative ("KPMG International"), a Swiss entity. Each KPMG firm is a legally distinct and separate entity and describes itself as such.