As we approach the end of the year, it is safe to say that not many predicted how the outbreak of a virus in China would cause a pandemic with severe consequences for the global economy. Global capital market trends and several leading indicators across major economies, though remaining volatile, are indicating tepid signs of an economic recovery.

In particular, confidence is being sparked by various announcements of seemingly successful vaccines against COVID-19, although we have yet to assess the longer-term repercussions of the deterioration evident in government balance sheets around the world.

In this third edition of our annual budget report for Saudi Arabia, we provide our analysis on how the Kingdom is managing its expenditures and revenues. The spread of the pandemic required a comprehensive response. Virus containment measures saw the government introduce strict lockdown measures, while also launching a series of relief measures to provide economic support to businesses and individuals.

These stimulus packages resulted in the government taking on a heavy burden on its expenditures, even as public revenues declined amid decreasing oil prices – with even an unprecedented negative price on forward trade on WTI on April 20 – and a drop in domestic economic activity as a result of the lockdown. The cancellation of a full-fledged hajj season – this year only 1,000 pilgrims were allowed to visit the holy cities, substantially less than the expected two million – and the related closure of the borders for international travel, further strained the budget.

Despite the emergency response that dominated the better part of the year, the government’s central agenda of economic diversification away from the oil sector continued. The 2021 budget also indicates a continued strong commitment to achieving fiscal stability and sustainable long-term economic growth amid continued oil market volatility. Notable measures in 2020 to diversify public revenue have included an increase in the value-added tax (VAT) rate from 5% to 15%, with effect from 1 July, and increased customs duty rates (ranging from 0.5% to 15%) for a list of products, with effect from 20 June.

Planned expenditure for fiscal year 2021 stands at SAR 990 billion, with a continued focus on promoting economic growth and improving spending efficiency. We view the government’s decision to maintain a similar level of public expenditure as last year, despite the volatility in the oil market, as a testament of its commitment towards achieving fiscal, social, and economic targets. Indeed, the focus of spending in 2021 remains on building the non-oil economy, that will support high economic and social returns, as well as employment generation. We also note that the government remains committed to spending on healthcare and education, as part of the Vision 2030 objectives of creating a better quality of life and a diversified economy with high local content.

According to the Ministry of Finance (MoF), real GDP growth is expected to reach 3.2 percent in 2021, an upward revision to last year’s budget statement projection of 2.2 percent (for 2021). The upward revision primarily reflects a base effect. Expectations that lockdown measures similar to those seen in Saudi Arabia in 2020 are unlikely to be repeated, combined with an improvement in the Kingdom’s trade balance (as economic recoveries take hold in its main trading partners) will positively affect the domestic economy.

Total revenues are forecast to reach SAR 849 billion in 2021, 10.2 percent higher than the total estimated in 2020 (SAR 770 billion), on the back of a domestic economic recovery and higher oil prices. Tax revenues are expected to represent 30.3 percent of total revenue in 2021. The budget deficit in 2021 is expected to be SAR 141 billion (4.9 percent of the estimated 2021 GDP), a sharp improvement from SAR 298 billion (12 percent of GDP) estimated for 2020, owing largely to the aforementioned improvement in revenues.

The government continues to take notable measures to strengthen this sector and enhance its contribution to achieve the authorities’ goals and targets, in line with Vision 2030. 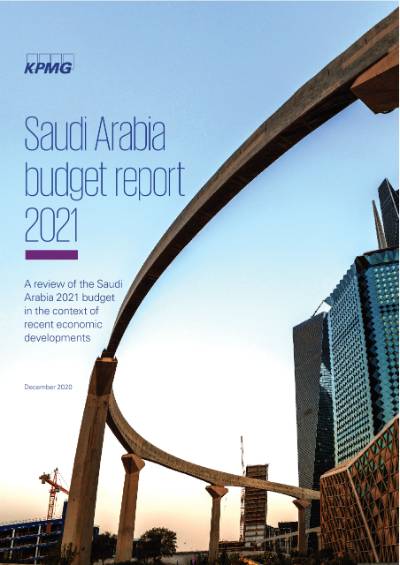 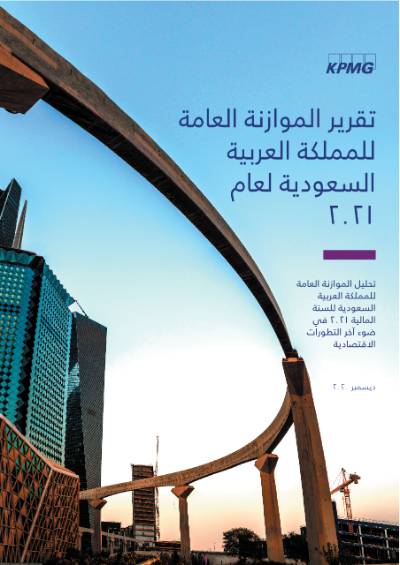 A review of Saudi Arabia Budget 2021

A review of Saudi Arabia Budget 2021

Head of Clients and Markets

Head of Government and Public Sector