New Headquarters at the “Business Front” in Riyadh

New Headquarters at the “Business Front” in Riyadh 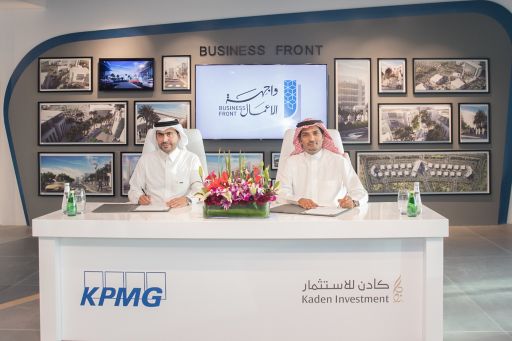 KPMG Al Fozan & Partners has signed an agreement to establish its new headquarters at the Business Front project located on King Khalid International Airport Road at the north of Riyadh, which is considered as one of the latest project designed to meet the needs of businesses in the Saudi market.

Khalil Al Sedais, the Managing Partner of KPMG’s Riyadh office signed the agreement on behalf of KPMG in Saudi Arabia while Kaden Investments company (the master developer of the Business Front Project) was represented by Abdullah Al Fassam, the Chief Executive Officer of the company.

Commenting on the signing of the agreement, Abdullah  Al-Fozan, Chairman of KPMG MESA and KPMG Saudi Arabia, said: "This move is in line with the company's strategic objectives and expansion plans in the Saudi market and will cater to the growing number of KPMG employees in the Kingdom. Their numbers in the first quarter of this year reached about 1200 employees, including 500 Saudi employees who provide a number of services in the fields  of Auditing, Advisory, Zakat and Tax.

In return, Khalil Al Sedais, Managing Partner of KPMG office in Riyadh, commented: "The new headquarters at the Business Front project was chosen to fulfill KPMG’s future needs in the medium and long-term and provide the appropriate mechanism for future expansion. He further mentioned that the new headquarters whose space exceeds 11000 m2 will contribute to the creation of a unique work environment with the purpose of improving performance and enhance the level of customer experience. We expect to move to the new headquarters during the fourth quarter of this year."

He added “KPMG in Saudi Arabia has established itself as a leading professional services firm in Audit, Tax and Advisory services using professionals with international expertise and a team of national talent who understand the nature and needs of the Saudi market. The new headquarters will provide an unique work environment for our employees and provide a rich experience for our clients. The number of KPMG employees in Riyadh is currently around 800 as we aim to increase this number to 1,500 employees during the next five years.” 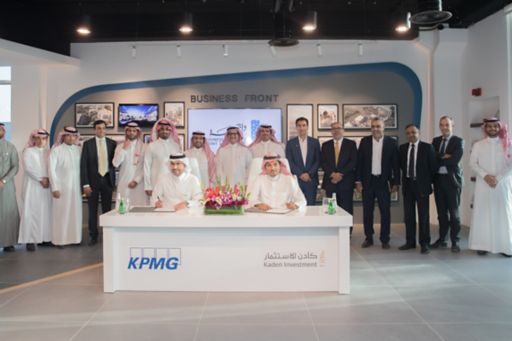