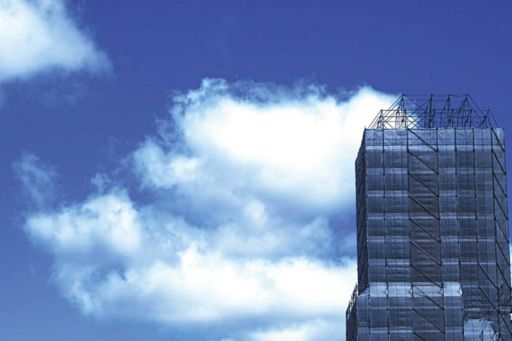 The Polish top-tier real estate market continues to be small and compared to global leaders seems to be still developing. The total value of transactions on the primary luxury real estate market stands at approx. PLN 500 million per annum, of which approx. 90% is generated by apartments. Price tags of top-of-the-range apartments sold as shell and core in Poland range from PLN 1 million, while the biggest deals soar high to PLN 10 million. The average price of a high-end apartment perceived as luxury housing by rich and wealthy Poles stands at approx. PLN 16,500 per square meter.

The situation on the apartment market in Poland

The report of KPMG and REAS consulting companies splits the upscale residential real estate into two categories: apartments and residences. As much as 90% of the value of the luxury developments built and marketed by developers is generated on the apartment market, whose value has been estimated at approx. PLN 440-460 million. In recent years, the number of annual transactions ranged from 160 to 180. From 20-25 sales transactions per year, valued at approx. PLN 50-57 million altogether, are declared on the market of high-end residences, that is luxury stand-alone houses offered by developers. Such houses are usually sold in a state that requires massive decorating investments.

The apartment market is sizeable in five agglomerations with the best economic climate: Warsaw, Kraków, the Tri-city, Wrocław and Poznań. Despite the fact that the position of Wrocław and Kraków has been recently growing in prominence, Warsaw remains the biggest market in terms of the number of developed housing units. At the end of Q1 2015, more than one-third of apartments priced at PLN 16,000-18,000 were based in the capital city. From 2009 until 2014, approx. 3,000 apartments were built in Warsaw, including 400 upscale pads.

The report also reveals that in several years’ time the number of apartments whose price exceeds PLN 17,000/sq.m. sold annually in five key agglomerations should go above 250, whereas the aggregate value of the market should surpass PLN 500 million (in gross prices).

Compared to mature Western European economies, the Polish luxury real estate market is characterised by relatively low prices and a relatively small number of genuinely top-end developments. Only selected Polish apartments meet the global standard of luxury in terms of their quality of finish and size.

Prices of luxury apartments sold as shell and core in Poland start from PLN 1 million, whereas the biggest deals are valued at PLN 10 million. It’s still very little compared to spectacular figures declared for the world’s largest cities – record-breaking transactions have recently exceeded USD 200 million for a London-based penthouse, USD 700 million for a New York apartment, USD 65 million for a terraced mansion in Paris, while the priciest penthouse recently sold in Hong Kong fetched USD 105 million. Maximum prices in Monaco go beyond EUR 80,000/sq.m., whereas average listings stand at several dozen thousand euro per square meter of a fully fitted and furnished apartment”

– says Kazimierz Kirejczyk, the Managing Partner and the President of the Board of REAS.

A luxury real estate should benefit from a prestigious location in the heart of the city, in the old town, near a park or in the vicinity of theatres and the opera house. Luxury residential towers feature unique architecture and are fitted with high-end finishing materials. The report of KPMG and REAS also reveals that developments from the residential apartment segment usually benefit from such amenities as monitoring and a spacious lobby with a reception. The plushest apartments also benefit from leisure space with a fitness club, a sauna or a swimming pool. Some investments offer concierge services, including assistance with running daily errands plus unusual requests related to organisation of time, travel and entertainment. In addition, the ‘smart home’ function, offering remote management of heating, air conditioning, lighting or household appliances, has been recently growing in popularity.

The limit of “luxury” on the Polish luxury real estate market stands at approx. PLN 16,500/sq.m.

The report concludes that the real estate segment has no single, universal definition of the “limit of luxury.” Poles with income from PLN 10,000 to PLN 20,000 perceive PLN 16,000 as the entry price per one square meter of a luxury apartment, whereas respondents with the highest income above PLN 20,000 argue that the price of top-end one square meter starts from PLN 17,000. This amount is even higher (nearly PLN 20,000/sq.m.) as declared by key buyers of luxury goods and services, or people defined as HNWI (high net-worth individuals). The most affluent Poles are mainly people aged 40-59, living in cities with a population exceeding 250,000 inhabitants. More than 50% of Polish HNWIs are private entrepreneurs, while one out of five members of this group is an executive (a CEO, board member, director). KPMG’s estimates indicate that in 2014 the number of HNWIs in Poland stood at approx. 47,000 people, and 84% of them declare that they own at least one luxury property.

"The gradually growing affluence of the Polish society gives rise to the presumption that the number of HNWIs in Poland in the years to come will go up, which will keep the luxury real estate market on the growth track. For the most affluent Poles, who own more than one luxury property, the second home is usually a holiday or a city residence. It should be stressed, however, that investments are a key source of income for HNWIs, what has a beneficial effect on the luxury real estate market, which alongside shares or bonds represents an increasingly important element of their investment portfolio,”

The report was put together by KPMG in Poland in cooperation with REAS. Its aim is to present a synthetic analysis of the state of play on the luxury real estate market, including the upscale apartment segment. The first part of the study offers an insight into the luxury real estate market at five Polish agglomerations (Warsaw, Kraków, Wrocław, Poznań and the Tri-city) and is driven by REAS data collected as part on the ongoing monitoring of the Polish housing market launched in 2000.

The second part of the analysis focuses on buyers of the luxury real estate in Poland. It is based on a survey into rich and wealthy Poles conducted in September and October 2014 whose findings were published for the very first time in the KPMG report entitled “The luxury goods market in Poland. 2014 edition.”

KPMG is a global network of professional firms providing Audit, Tax and Advisory services. KPMG employs more than 162,000 professionals in 155 countries worldwide. The independent member firms of the KPMG network are affiliated with KPMG International Cooperative (“KPMG International”), a Swiss entity. Each KPMG firm is a legally distinct and separate entity. KMGP has been present in Poland since 1990. It currently employs more than 1,200 people in Warsaw, Kraków, Poznań, Wrocław, Gdańsk, Katowice and Łódź.

REAS is a consulting company specialising in housing market issues. Since 1997 it has been conducting the largest research programme into the national
developer market, cooperating with developers, banks, investors and other
businesses active on the housing market. In addition, REAS expert team provides back-to-back advisory services to developers: from initial site evaluation, through product and financial consulting to commercialisation support. The company is committed to development of such underappreciated sectors as apartments for rent, senior citizens and students.