How to calculate EBITDA?

How to calculate EBITDA?

Until the end of 2017, Polish taxpayers were interested in EBITDA (earnings before interests, tax, depreciation and amortization) mainly to the extent to which it was related to business valuations or high-value assets. As of January 1, 2018, this term made an incredible career in connection with the partial implementation by Poland of the so-called ATA Directive (Council Directive of the European Union 2016/1164 of July 12, 2016, hereinafter: "ATAD"). 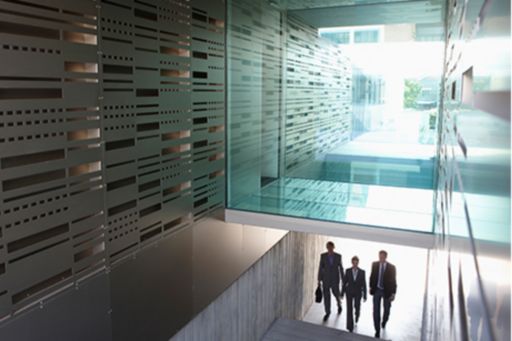 Pursuant to ATAD, Member States were obliged to introduce a tax deductibility limitation of debt financing costs (a detailed method of implementation is described in the article "Application of thin capitalization provisions in relation to financial leasing") based on the EBITDA mechanism.

ATAD has been implemented in Poland by the amendment of the CIT Act, which entered into force on January 1, 2018. This unusually extensive amendment introduced also numerous other changes, including the limitation of tax deductibility of expenses on intangible goods and services (art. 15e of the CIT Act). In this respect, the Polish legislator tried to introduce another deductibility limitation based on the EBITDA mechanism, but this time he did it voluntarily, not as a result of the implementation of the Community regulations.

In a nutshell, according to both limiting regulations, the Polish taxpayers may currently deduct expenses on each of the above cost groups up to PLN 3 million. Above this limit, they are obliged to disallow the expenses exceeding 5% EBITDA in the case of intangible goods and services and 30% in the case of debt financing costs. However, it turned out to be problematic that methodology of accounting EBITDA for both of these expenses is different.

In the case of debt financing costs, this mechanism consists in adjusting tax income by depreciation, amortization and revenues and costs of debt financing (in accordance with the statutory definition contained in art. 15c clause 12 of the CIT Act). On the other hand, in the case of intangible goods and services, EBITDA is calculated as a tax deductible income adjusted by depreciation, amortizations and earned and paid interest. The difference is seemingly small, but the CIT Act contains a legal definition of the debt financing costs and it is much broader than the concept of earned and paid interest.

This automatically means that the basis for calculating the limit of both expenses is different. It is difficult to find justification for this situation, especially since the purpose of both provisions is essentially identical (reduction of tax deductible costs) and the mechanism of counting (except the indicated difference) is identical.

The consequence of the above is the unforeseen increase in the level of tax settlement complications through the need to conduct parallel calculations of two tax EBITDAs.

Unfortunately, this is not the end of the complication - in the case of EBITDA calculated for the purposes of debt financing costs, one cannot forget about quite wide transitional provisions. According to them, during the year 2018, the revised provisions (specifically Art. 15c) are not applied to credits and loans granted prior to the end of the year 2017. Additionally to the undoubtedly intended goal, which was to provide vacatio legis in relation to "old loans", it turns out that this provision interferes in the mechanism of calculation of EBITDA itself. Lack of application of art. 15c to "old loans" also results in the fact that interest on them should also not be included in the calculation of EBITDA until the end of 2018.

By the way, it is worth pointing out that it is interesting to see why a similar vacatio legis mechanism was not introduced in the case of leasing - in fact also limited (see again the "Application of thin capitalization provisions in relation to financial leasing"). For, even though the application of new regulations were postponed in relation to the "interest", the same has not been applied to leasing, and leasing companies were not considered to be financial companies exempted from the application of the debt financing limit (discrimination and asymmetry of regulation).

Returning, however, to the point - the situation when the transitional provisions exclude the application of new restrictions of debt financing costs to "old loans", only deepens the difference in the calculation of both EBITDA ratios in 2018 and complicates them significantly. In the case of EBITDA for the purpose of debt financing costs, tax income should be adjusted by the costs and revenues of debt financing, however including only interest on loans or credits granted in 2018 (interest on older loans and credits are not limited by new regulations and are not included in the calculation of EBITDA). In the case of EBITDA determined for the purposes of intangible services, tax income should consistently be adjusted with interest only. Here, however, another question arises - whether the calculation of EBITDA for the purposes of intangible services should exclude all interest or take into account the limits of their deductibility resulting from thin capitalization provisions applied to loans and credits granted before 2018.

The above issues will pose a considerable problem in tax settlements, and not only due to the appalling level of complexity, but also different possibilities of interpreting the provisions. While the interpretation of the calculation method of EBITDA for the purposes of debt financing costs will have to take into account the jurisprudence of the Court of Justice of the European Union, this will not happen for EBITDA for the purposes of intangible goods and services. Based on our experience - interpretative doubts are rarely removed over the time, as life brings about cases that are unforeseen by both the legislator and even the best experts.
It is difficult to understand why the legislator did not attempt to formulate a single definition of EBITDA - the same for the debt financing costs and intangible goods and services. Such a solution would not only make life easier for taxpayers (and probably for tax authorities) but could also be used for further simplifications, such as replacing anachronistic limitations of tax deduction of depreciation of passenger cars based on an abstract amount of EUR 20.000.

Paweł Podsiedlik, Senior Manager in the Tax Advisory Department at KPMG in Poland, the office in Kraków