The view from the top

The view from the top

Global CEOs see a powerful future for their CFOs. Welcome to the age of the Renaissance CFO. 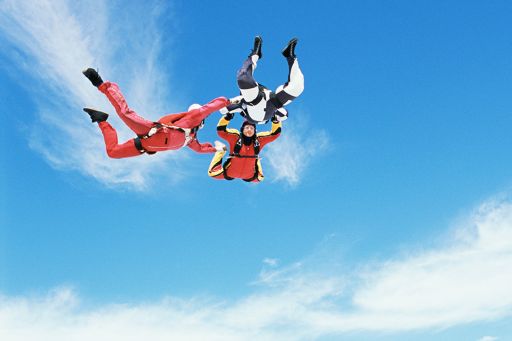 CEOs set a high bar for their CFOs. They challenge their CFO to think differently, exude stronger leadership capabilities and succeed as a strategic partner. The View from the Top report, which surveyed over 500 executives from six continents, reveals that we have entered the age of the Renaissance CFO. Today’s CFO is increasingly valued as a leader and influencer and is expected to operate on a global scale, leveraging financial data and analytics to achieve profitable growth, capitalizing on a dynamic regulatory environment and nurturing and acquiring top talent. He or She is managing a vast ecosystem of expanding complexity with the goal of achieving competitive advantage. The findings from this survey reaffirm the critical role the CFO plays in the business enterprise and within financial management.

Are CFOs ready for the challenge?

Key Highlights of the report:

For continued reading please visit ‘The Sooner Finance ERP Moves to the Cloud, the Better’.

The view from the top – webcast

Recording of the webcast is now available.

CEOs set a high bar for their CFOs. They challenge their CFOs to think differently, exude stronger leadership capabilities and succeed as a strategic partner. KPMG International, in collaboration with Forbes Insights, surveyed over 500 executives from six continents and findings reveal that we have entered the age of the Renaissance CFO. The panel discussion focused on the findings from the global survey, examining the CFO through the CEO lens by taking a deep dive into the unique challenges and transformative attributes of the CFO’s role, the implications to finance and other functions and what needs to change if CFOs are going to close the gap between the expectations and the reality on the ground. 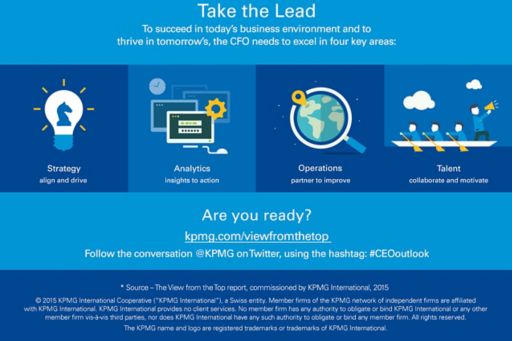 The view from the top: CEOs see a powerful future for the CFO

KPMG teamed up with Forbes Insights to survey 178 CEOs to understand their changing views and expectations of their CFOs and finance function.

How prepared are CEOs for the future?