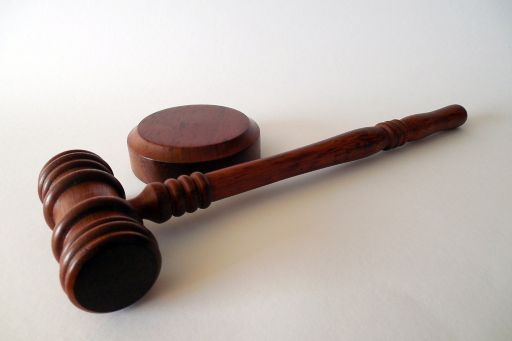 The Court of Appeal (COA or “the Court”) Lagos Division has overturned the judgement of the Federal High Court (FHC) in the appeal between the Federal Inland Revenue Service (FIRS or “the Appellant”) and CNOOC Exploration and Production (CNOOC) and South Atlantic Petroleum Corporation (SAPETRO) collectively referred to as “the Respondents”, by ruling that Investment Tax Credit (ITC) is not applicable to Production Sharing Contracts (PSCs) executed after 1 July 1998, in line with Section 4 of the Deep Offshore and Inland Basin (Production Sharing Contract) Act, Cap D3, Laws of Federation Nigeria, 2004 (DOIBPSCA or “the Act”).

Facts of the Case

On 19 March 1998, SAPETRO signed a Farm-in Agreement with Total Upstream Nigeria Limited (Total) and Brasoil Services Company (Brasoil) for the joint exploration and
production of oil from its Oil Prospecting License (OPL) 246. The Agreement, which was executed before 1 July 1998, qualified for ITC in line with Section 4(1) of DOIBPSCA. OPL 246 was subsequently converted to an Oil Mining Lease (OML) 130.

In 2005, the Federal Government (FG), pursuant to the Deep Water Block Allocation to Companies (Back-in Rights) Regulations, 2003 (“the Regulations”), acquired 50% participating interest through the Nigerian National Petroleum Corporation (NNPC). Consequently, the 50% interest held by NNPC would be governed by a PSC while the remaining 50% held by SAPETRO, Total and Brasoil would be governed by a Production Sharing Agreement (PSA).

Following the execution of the PSC in 2005, SAPETRO via its letter of 6 April 2009, sought clarification from the FIRS on whether qualifying capital expenditure (QCE) incurred on OML 130 would qualify for ITC or Investment Tax Allowance (ITA). The FIRS in its response of 13 July 2009, confirmed that ITC was applicable to the QCE incurred on OML 130. However, in a subsequent letter dated 13 June 2012, the FIRS reviewed its position and stated that the applicable fiscal incentive for the 2005 PSC should be ITA and not ITC.

Aggrieved with the FIRS’ revised position, the Respondents brought the matter before the FHC for resolution. The FHC in delivering its judgement in the case relied on the principle of legitimate expectation and the doctrine of equitable or quasi estoppel and ruled in favour of the Respondents. The FHC noted that “while it is not the duty of the Ministry of Petroleum Resources to inform parties of the tax regime involved in their agreement, the Respondent (FIRS) have indeed endorsed the action of the Ministry by acknowledging and accepting the tax investment credit of the Applicants (SAPETRO & CNOOC) in 2009 and 2010. This is a complete waiver of responsibility, and acceptance of whatever representation made to the applicants in this case….”

The FHC, therefore, prevented the FIRS from revising its initial representation of 13 July 2009 based on law and equity.

Dissatisfied with the FHC judgement, the FIRS appealed to the COA on the ground that the 1998 PSC and the 2005 PSC are distinct agreements, with the former attracting ITC and the latter ITA. The FIRS noted that the 1998 Farmin Agreement was effectively terminated with the signing of the 2005 PSC. Therefore, ITA was the applicable fiscal incentive to the QCE incurred under the 2005 PSC.

The Respondents, on the other hand, argued that the conversion of OPL 246 to OML 130 and the subsequent exercise of the back-in rights by the FG did not create a new geographical (contract) area or separate set of petroleum operations out of OML 130. Further, that the 2005 PSC did not extinguish the Respondents vested rights to the ITC under the 1998 Farm-in Agreement. Consequently, OML 130 should be treated as a PSC executed prior to 1 July 1998, thus qualifying for ITC.

Note: The COA judgment has been appealed to the Supreme Court. However, as at the time of this publication, no date has been fixed for the hearing.