For another year, KPMG Malta has taken the opportunity to celebrate the social, economic, cultural and political achievements of women. ‘Each for Equal’ and ‘Future is Inclusive’ were among the slogans for this year’s International Women’s Day campaign, reflecting the firm’s continuous efforts to push for gender equality.

KPMG Malta is committed to building an inclusive future for everyone; a future where everyone feels included, and diversity is encouraged. Indeed, 53% of employees at KPMG Malta are female and the firm currently employs 26 different nationalities.

“The big issues of today can’t be solved by a few. Homogeny doesn’t breed innovation. And you can’t build trust without first creating an environment where people feel they belong. That’s why we believe in an inclusive culture where everyone can bring their skills, passions, capabilities, voices and differences to the table,” Doreen Fenech, Head of KPMG’s CSR, Sports and Social Committee.

KPMG’s Global Inclusion and Diversity Strategic Framework is driving action around the world — helping to build an inclusive future for people inside and outside of KPMG. The empowerment of people to be themselves and to respect others has always been core to the firm’s values and beliefs.

Female employees at KPMG Malta enjoyed treats at their desk, organised by the CSR, Sports and Social Committee. 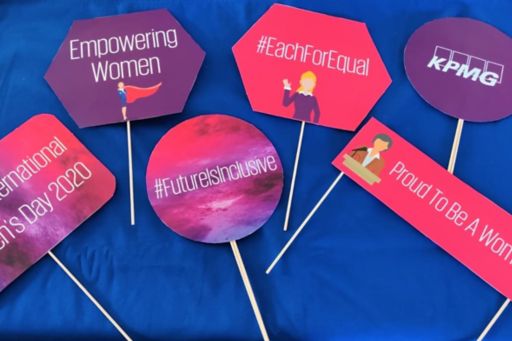 © 2023 KPMG, a Malta civil partnership and a member firm of the KPMG network of independent member firms affiliated with KPMG International, a Swiss cooperative. All rights reserved.