€15,000 donated by KPMG for restoration of Notarial Archives documents

KPMG Malta has donated €15,000 towards the conservation of significant volumes at the Notarial Archives, which houses over 20,000 notarial registers and other historic manuscripts spanning a period of 600 years. 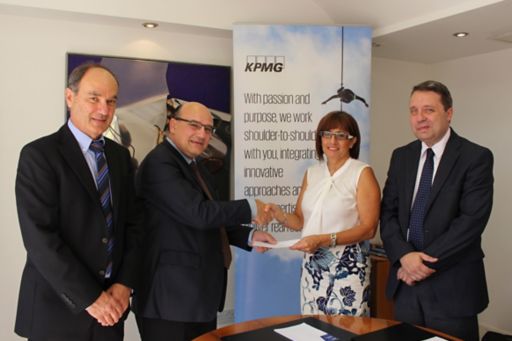 KPMG Malta has donated €15,000 towards the conservation of significant volumes at the Notarial Archives, which houses over 20,000 notarial registers and other historic manuscripts spanning a period of 600 years.

The first volume selected to undergo conservation treatment belongs to the acts of Notary Graziano Vassallo. Notary Vassallo was born in c. 1465 and received his warrant to practise as a notary public in Malta after being successfully examined in Sicily by Protonotarius Mariano Aglata on August 18, 1483.

In 1492 – the year of the discovery of America by Columbus – together with his brother, who was also a notary, Notary Vassallo and his brother Mattheo were responsible for the defence of the island.

This volume adopted by KPMG in Malta through the Adopt a Notary scheme contains original copies of wills from the acts of Notary Vassallo dating from 1483 to 1546. It also contains a list of judges of the Civil Court of Mdina from 1483 to 1547.

The scheme is aimed at increasing awareness about the importance of professional conservation practices.