Hilary Galea-Lauri, Audit Partner at KPMG in Malta, successfully completed his fund-raising charity cycle in aid of The Inspire Foundation. 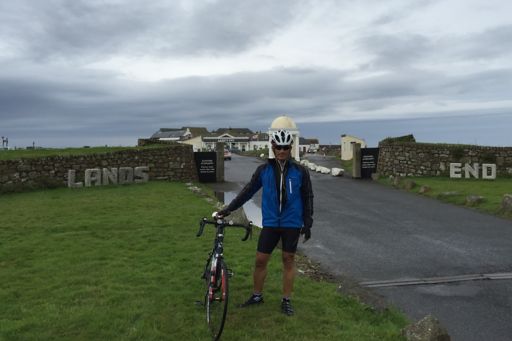 Hilary Galea-Lauri, 50-year old Audit Partner at KPMG in Malta, successfully completed his fund-raising charity cycle in aid of The Inspire Foundation. The distance covered is the traversal of the whole length of Great Britain.

Hilary bravely undertook this grueling challenge, spanning 1,600 kilometers in less than 12 days, from Land’s End to John’s o’Groats, effectively cycling the entire length of Great Britain, to raise funds for Inspire Foundation, an NGO he fervently supports. This philanthropic undertaking is founded in Hilary’s core belief that as human beings we are collectively responsible to support and help fellow human beings.

He expressed his heartfelt thanks to the public’s response to his appeal and deep appreciation for the generous contributions.  ‘I am overwhelmed at the response I received for my appeal to support The Inspire Foundation by way of donations. The amount raised so far exceeds EUR 12,500 - and still counting. To me, this is what really has marked such a challenge a significant one.’

The challenge was a test in physical endurance and psychological resilience. ‘The physical exertion was one I knew I had to expect as a given. The route was hilly in many parts - with some 16% gradients over long distances - and some of the terrain was tricky to navigate through. Not to mention the unpredictable weather. I scaled altitudes exceeding 43,000 feet with a total of 77 cycling hours during the ride.’

‘On a personal front, the experience has simply raised the bar of how far my endurance can take me, and so I am now looking for a bigger challenge to push that bar even further.’

Hilary’s wish is to encourage others to follow suit and attempt initiatives to collect donations for worthy causes. ‘My expectation from this challenge is that it inspires others to introduce some form of social responsibility as they pave their way through life's paths. I appeal to everyone to be volunteers for a charity of their choice. Life regenerates by giving back from what it provides us.’

Mr. Antonello Gauci, Inspire’s CEO greeted Hilary upon his return to Malta. “It is thanks to the courage, determination and resilience of people like Hilary that foundations such as ours can survive,” explained Mr. Gauci.  “We still depend on public donations and voluntary work to make ends meet and to reach out to as many people as possible. Today, Inspire helps over 1,000 children and families with disabilities, but it would not be possible without people like Hilary who take it upon themselves to give back,” he added.