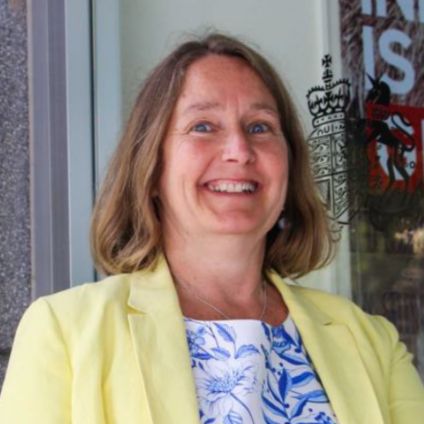 Tina Redshaw became the first female British Ambassador to Cambodia in July 2018. Prior to taking up her role in Cambodia, she spent 18 months learning the Khmer language.

Tina has extensive experience in Asia, having served twice in the British Embassy in Beijing (2000 to 2003 and 2007 to 2010), was Ambassador to Timor-Leste from 2003-2007, and most recently as the British Consul-General in Chongqing, South West China (2013 to 2016). She is a passionate advocate for gender equality and believes in enabling girls and young women to grow up with self-esteem and the power to shape the world around them.