Global markets 2020: the outlook is cautious

Global markets 2020: the outlook is cautious

As we enter the new decade, fears around the spread of the Covid-19, the new strand of coronavirus, have dampened investor sentiment around the world. 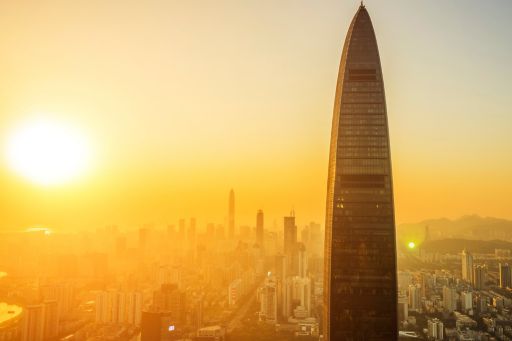 By the KPMG Mantra editorial team

As we enter the new decade, fears around the spread of the Covid-19, the new strand of coronavirus, have dampened investor sentiment around the world. The virus, first reported in Wuhan, China, has now been detected in at least 53 countries and has caused disruption to business and travel around the world, triggering fears of a global recession.

The emergence of the coronavirus adds another source of concern to the trade policy uncertainty and geopolitical tensions that continue to weigh on the global economy.

Otherwise, financial markets seemed to see positivity in the emphatic general election victory of the UK’s PM, Boris Johnson (creating a sense of certainty with regard to Brexit), as well as a preliminary trade deal between the US and China. The US economy has been growing at a steady, sustained pace heading into 2020. The appointments of Ursula von der Leyen (Germany) and Paolo Gentiloni (Italy) have lifted speculation regarding potential reforms to the EU’s fiscal rules, with the European Central Bank (ECB) responding to the extended weakness in growth and inflation via more monetary easing during the final quarter of 2019.

Meanwhile, inflation in general has remained subdued in many countries. Given the lack of wage growth, coupled with excess capacity across several economies, it is likely that inflation will remain in check, at least in the short term. Although various forces have been retarding global economic growth, some countries that have experienced recession recently (or still are), such as Turkey, Argentina and Venezuela, have largely been grappling with domestic factors relating to stress in the local financial sector, the adoption of sanctions, and significant exchange rate depreciations. Hong Kong’s economy, which has been rocked by months of anti-government protests, shrank 2.9 per cent in the last quarter of 2019, when the protests reached their peak. Now, the financial centre faces a fresh threat: the new coronavirus has led to closures of businesses to help contain the spread of the disease.

Growth rates in China and India are expected to be slower than what they have achieved over the past three years, although they are likely to continue to grow at a faster pace than the average of emerging economies. Economies like Vietnam, Indonesia, Mexico and Singapore are all expected to contribute to continued steady growth.

Several geopolitical and economic issues continue to create pressure in various countries and regions. Rising trade barriers have not only hurt business sentiment but have also exacerbated the slowdown that was already underway in countries like China. The global slowdown persuaded organisations to lower investment and households to cut purchases of durable goods. Global growth in 2019 is expected to slow to its lowest level (3 per cent according to the IMF’s World Economic Outlook report, October 2019) since the financial crisis.

The challenges include the fallout from the new coronavirus; increasing divisions regarding the world’s response to climate change; the rise of territorialism and authoritarian regimes; continued and escalating tensions in the Middle East; and the growing recognition of the bifurcation in global technology between China-backed and US-backed solutions.

The impact of the trade dispute between China and the US, combined with challenges in various product markets, such as automotive sales, means global industrial production and world trade growth could remain muted. 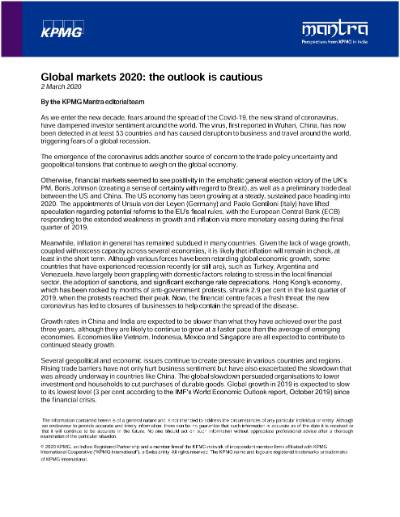 The outlook is cautious

The outlook is cautious