India-ASEAN, collaborating towards a brighter future, through mutual cooperation and common economic and social goals. 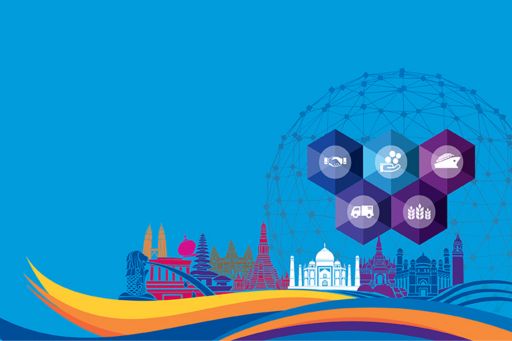 The India – ASEAN relationship is a time tested collaboration that has positively impacted livelihoods and businesses over the years. The cross-border movement of goods, services, investment, capital, and workforce continues to increase each year. After building a strong base, the relationship is set to soar much higher led by multiple forward looking policies and initiatives, spanning across sectors such as agriculture, blue economy, e-commerce, logistics, and digital trade.

India and ASEAN have unique common growth factors such as favourable demographics, increasing domestic demand, proliferation of technology, urbanisation, skilled workforce, and most importantly led by governments that are collaborating to ensure trade in the region reaches new heights, with minimal barriers.

Logistics sector is expected to play an important role in increasing the cross-border trade as improved efficiency in value chains will make it competitive even for small businesses. Taking cognisance of this, there are several bilateral and multi-lateral projects that are under various stages of implementation for improved road, rail, maritime, and air connectivity. Further, introduction of one sales tax in India, in the form of GST and creation of ‘ASEAN Single Shipping Market’ is expected to substantially integrate logistics.

As India and most ASEAN countries have more than one-fourth of the population dependent on agriculture for their livelihoods, the governments have launched several measures to re-skill farmers, leverage technology, and provide easier capital amongst others, to improve the overall quality of life of farmers. At the same time, blue economy has emerged as the next big focus sector for the region due to the immense untapped potential the marine resources provide to the coastal areas of India and ASEAN countries. In the next few years, the e-commerce sector is expected to emerge from being a niche retail category into the mainstream, led by multiple favourable factors such as progressive policies, deeper internet penetration, and rising smartphone affordability. For the global business community, India and ASEAN stand as bright spots led by positive internal factors, combined with the mutual partnership that is strengthening by each passing year.