The strong start to 2022 follows a record year in 2021, where 287 VC deals involving Irish companies closed with a combined value of $1.87 billion.

Activity levels in Ireland differ significantly from the global picture, where VC investment dropped from a high of $191.9 billion across 10,775 deals in Q4’21 to $144.8 billion across 9,349 deals in Q1’22, as geopolitical and economic factors combined to create uncertainty in the market.

The top 5 deals closed in Q1’22 in Ireland include:

Commenting on VC activity in Ireland during Q1’22, Anna Scally, Partner and Fintech Lead at KPMG in Ireland said: “Venture capital activity in Ireland seems to so far have evaded the shocks of Russia’s invasion of Ukraine, rising inflation and interest rates, turbulence in the global capital markets and ongoing supply chain challenges. In 2020 and 2021 in Ireland, second quarter activity far surpassed that of the first quarters, and it will be interesting to see will this trend continue, or will ongoing uncertainty see VC investors holding back.

“While my outlook for VC investment in the near-term is cautious, I’m blown away by how well many of these Irish companies are scaling, with Wayflyer achieving unicorn status in just 2 and a half years and Flipdish achieving the same status in January of this year. The concentration of Irish medtechs securing investment is also notable, with Irish companies developing some of the world’s most cutting-edge technologies to support a range of medical conditions. Another encouraging sign in the market here is JP Morgan Chase’s plan to acquire Ireland-based technology company Global Shares for $730 million, in a deal expected to close in the second half of 2022.” 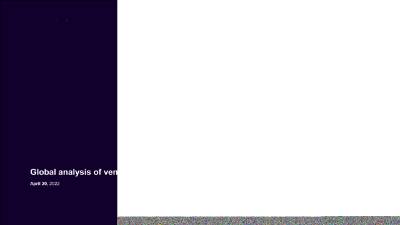 * All figures in USD

** Pre-seed investments, such as those made by accelerators, convertible debt investments, or post venture and private equity investments are not captured in the figures for this report.

*** Results include investments in companies in the Republic of Ireland only.

For further information on this edition of Pulse of Fintech, please contact Anna Scally, FinTech lead.

Ireland is fast becoming a global centre for harnessing the FinTech opportunity.

Ireland is fast becoming a global centre for harnessing the FinTech opportunity.

If you’re a media professional and have any questions about this article or would like to speak to one of our experts for background or interview purposes, please don't hesitate to reach out to us. Contact Sandra Farrell of our Communications team for more information.