Competition for FDI means no room for complacency

Competition for FDI means no room for complacency
3 min read

Ireland’s modern multinational economy makes it a destination of choice for talented individuals, dynamic businesses and entrepreneurs at all stages of their business life cycle. However, keeping us competitive means policymakers must constantly re-evaluate our strategy, writes KPMG’s Head of Technology and Media, Anna Scally.

Ireland is a great place to work and live. A winning combination of talented people, an enduring commitment to the EU and international trade and an exceptional track record sets us apart. The Irish workforce is highly skilled and adaptable and attainment in higher education is high - particularly among 25–34-year-olds in Ireland at 58% is 17% above the EU average.

All of these factors continue to attract investment from multinationals who continue to not only utilise our exceptional domestic talent, but also bring talented people into the country. Ireland also offers an unrivalled quality of life – for example the United Nations Human Development Index places Ireland 8th in the world for quality of life based on factors such as each country's health, education and income.

Ireland is the fastest-growing economy in the Eurozone and offers easy access to the EU market and international supply chains. The quality of our professional services ecosystem is of a very high standard, creating a pipeline of employees that the multinationals from the US and elsewhere can rely on.

For example, at KPMG, we’ve had over 400 recent graduate hires. Post-training, many of our graduates end up working in multinationals across all sectors. Having that consistent access to quality staff is a significant bonus for businesses when setting up in Ireland. 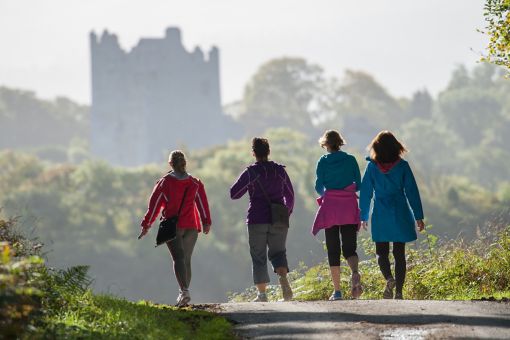 How can Ireland remain attractive?

Ireland’s corporate tax regime and the incentives available for business such as the R&D tax credit and Knowledge Development Box (KDB) help to create a business-friendly environment. However, Ireland’s personal tax system is highly progressive and the entry point for paying the top tax rate is relatively low, even though the bands were increased somewhat in the recent budget to counter inflation. As is the case in almost all highly developed economies, getting it right on issues such as housing, infrastructure and energy supply is a policy priority for government.

Meanwhile comments by the Irish Minister for Finance Paschal Donohoe in his recent budget speech were a very welcome indicator that the government will explore more ways to maintain Ireland’s competitive edge. One such measure mentioned was a potential move towards a territorial tax system, which would help to simplify our corporate tax regime, which would be very welcome. The minister also announced that the government would create a medium-term roadmap for personal tax reform.

In this context we suggested in our pre-budget submission that Ireland should introduce a medium tax-band for middle-income earners and that the government should also consider enhancing the R&D tax credit for sustainability-related R&D activities. This would enhance our competitiveness and encourage a more sustainable future in Ireland. Additionally, while the Special Assignee Relief Programme (SARP) is to be extended until 31 December 2025, this relief is too restrictive. The SARP regime offers employers a powerful tool to attract highly skilled mobile workers so it should be extended to include all indigenous businesses and new hires.

Ireland has a unique appeal – from a ‘no surprises’ approach from government, a ready pool of skilled people, access to a huge European market of over 460 million consumers and easy connectivity to and from other business centres in Europe, the UK, North America and Asia. Irish policymakers are also exceptionally aware of the highly competitive and mobile nature of capital and talent and are continually re-evaluating and fine-tuning policies to build on our success to date.

We understand the challenges of getting it right first time when deciding where to set up your European business. If you're considering Ireland and want to find out more about how we can help, we'd be delighted to hear from you.

The location of choice for business

The location of choice for business