Maguire pulls away in final round for second professional victory.

Maguire pulls away in final round for second professional victory.

Leona Maguire is lighting up the Symetra Tour.

The KPMG Brand Ambassador and Ireland native claimed her second professional victory Friday at the Symetra Classic in Davidson, N.C.

The win is Maguire’s second in as many months on the Symetra Tour, and continues her run of dominant play in the early stages of the 2019 season. 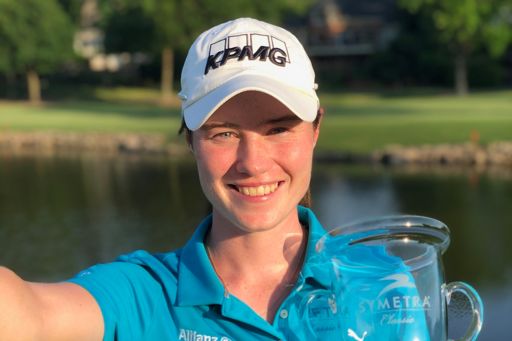 “I’m delighted to win the Symetra Classic in North Carolina,” Maguire said. “I had four great years here when I attended Duke University and it’s great to come back as a professional golfer and to get the win makes it even more special.”

Maguire entered the final round of the Symetra Classic in a four-way tie for the lead at -5, and made the turn with a share of the lead at -7. The momentum shifted in Maguire’s favor on the par-3 14th, where a birdie, coupled with a double bogey from then co-leader Stephanie Na, gave Maguire a three-shot lead at -9 with four holes remaining. Maguire was able to put the tournament on ice down the stretch, finishing with a birdie on 18 to close out a five-shot victory at –10 overall.

Maguire has been on fire through the first few months of the 2019 season. She has recorded top-5 finishes in five of the six Symetra Tour events in which she has played, giving her a comfortable lead atop the Symetra Tour’s Volvik Race for the Card standings. She also leads the Tour in season scoring average. 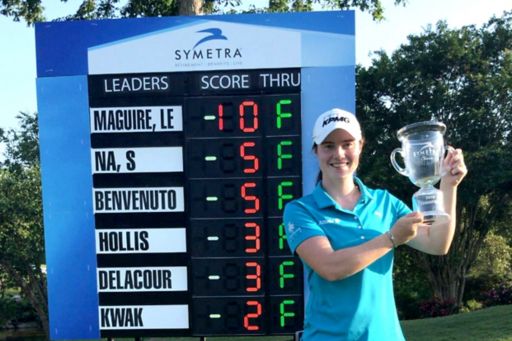 “The game feels good,” Maguire said. “I’m looking forward to the U.S. Open at the end of the month.”

Congratulations to Leona on another outstanding performance!

Proud to invest - from business to sport

Register now and set up your personalised dashboard around {tag_name} and all the other topics that interest you.