Payments and transaction companies lead the list, followed by businesses in wealth, insurance and lending sectors, as this year’s report shows a significant surge in venture capital backing. 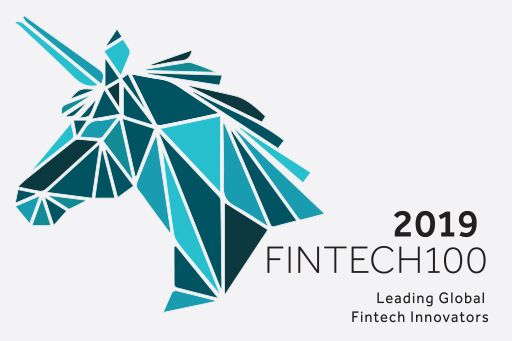 Chinese and Asia-Pacific companies made a strong showing in the top 10 of the 2019 Fintech100 report, from KPMG International’s global Fintech practice and fintech investment firm H2 Ventures. As in 2018, this year’s list showed payments and transaction companies dominating, representing 27 of the ranked companies. This was followed by wealth companies (19), insurance companies (17) and lending companies (15).

China, which led the Fintech100 for the past three years, had three companies in the top 10 this year. Overall, the Asia-Pacific region dominated the top 10 for another year with five companies in the ranking. Ant Financial (China) ranked first for the second year running, followed by Grab (Singapore) and JD Digits (China). Coming in fourth was Indonesia-based GoJek. China-based Xiaoman Financial took sixth. Two India-based companies also featured in the top 10, as did two companies from the US and one from the UK (see the complete top 10 ranking below).

Ian Pollari, Global co-leader for KPMG’s Fintech practice and a partner with KPMG Australia said: “Globally, we have seen a rise in companies from across Asia-Pacific, which represent seven of the top 10 fintech companies in 2019, with China again securing the most top-ten positions. In 2019, we have also seen the emergence of India as a fintech force, taking two of the top positions and with seven companies in this year’s list in total.”

Toby Heap, Founding Partner, H2 Ventures, noted: “This year’s Fintech100 reveals a significant increase in venture capital backing of fintech companies. The companies on the 2019 list have raised over US$ 70 billion in venture capital (up 35% from last year’s figure) and over US$ 18 billion of capital in the past 12 months. We have also seen a drop in the number of payments and lending companies making the Fintech100, which have been replaced by a surge in the number of wealth, insurance and multi-sector companies”.

2. Grab (Singapore) uses data and technology to improve everything from transportation to payments, across a region of more than 620 million people.

4. GoJek (Indonesia) is a multi-services platform with more than 20 services including Gopay, Gobills, Gopoints, Paylater and Gopulsa, serving millions of users in Southeast Asia.

5. Paytm (India) is the largest digital payments company in India with more than 380 million registered users and 12 million merchants on-board its Paytm platform.

7. Compass (United States) is a real estate technology company with a powerful end-to-end platform that supports the entire buying and selling workflow.

8. Ola (India), off the back of its ridesharing user base Ola Money, is making payments easier and simpler.

9. Opendoor (United States) makes it possible to receive an offer on a home in just a few clicks and sell in a matter of days, removing the uncertainties from the transaction.

The Fintech100 were selected following extensive global research and analysis based on data relating to five factors (total capital raised, rate of capital raising, geographic diversity, sectorial diversity, X-factor - degree of product, service and business model innovation). These selection criteria are the key metrics used to calculate the rankings of companies in the Fintech100 list because of the emphasis that venture capitalists place on the ability of companies to generate a long-term, sustainable competitive advantage.

According to market analysis, an increasing number of fintechs are rapidly globalising across multiple jurisdictions, such as Australia’s AfterPay Touch, Brazil-based Nubank, Germany-based Kreditech Holdings, and Spain’s Bnext.

A number of companies, such as China’s Ant Financial and India’s Open, are benefiting from the global policy shift to open banking, which is driving competition and allowing fintechs to access customer banking data to create faster, more personalised and innovative services.

Christophoros Anayiotos, Board Member and Head of Deal Advisory said: “The growing global interest of investors in the sector, as evidenced by the 35% increase in the capital amassed by the top 100 from all over the world is amazing, but it is also notable that the top 100 fintechs come from 30 different countries, some as small and close to us, as our neighbours Malta.”

Pangratios Vanezis, Board Member and Fintech partner at KPMG in Cyprus said: “Fintech and its top 100 representatives establish that the industry change is real and is gaining huge momentum with global investment flow and regulatory changes not only in Europe, but across the globe. Apart from the calibration of the business model across a spectrum of services with the customer as the centre of this evolution, the key message emerging out of these representatives is setting, possibly not only as an attention grabber, the democratisation of the financial industry as a key driver of this change.”