Benchmark interest rates such as LIBOR, EURIBOR and EONIA have recently become the subject of intense scrutiny as regards their integrity. The regulatory community is discussing reforms with wide ranging implications and work is being done to transition away from certain benchmarks by the end of 2021. 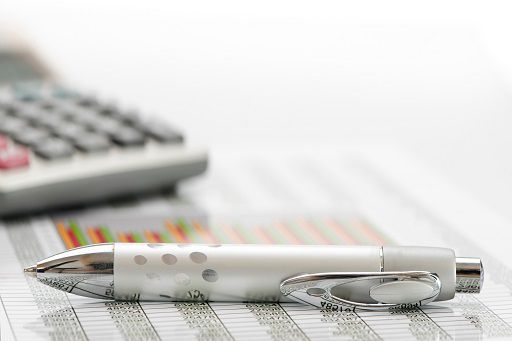 Benchmark interest rates are intended to be indicative of borrowing rates between banks. They are accessible publicly and are referenced in a multitude of financial transactions including mortgages and overdrafts. For example, the London Interbank Offered Rate (LIBOR) is the average interbank interest rate at which a selection of banks of the London money market are prepared to lend to one another. It is calculated as an average of rates submitted by these banks on a daily basis. It is published every morning for five currencies (Sterling, US Dollar, Japanese YEN, Euro, Swiss Franc) and seven borrowing periods (ranging from 1 day to 12 months). The Euro Interbank Offered Rate (EURIBOR) and the Euro Overnight Index Average (EONIA) are similar interest rates calculated and published in an equivalent manner, albeit administered by different bodies. Between them, these rates are used in financial contracts totalling in excess of USD 400 trillion globally.

Benchmark interest rates (in their current form) have been found to be lacking in reliability. In the case of LIBOR and EURIBOR, they are based on estimates from banks on what they think they will be able to borrow at, and not necessarily on actual transactions. They are characterised by an inherent reliance on "expert judgement" to set the contributed rates, which made them subject to manipulation. It emerged in 2012 that banks had been tweaking their rate submissions to either profit from trades, or to create the impression that they were more creditworthy than they were. Whilst this led to reforms in the administration of the rates in 2013, the damage to the perceived accuracy and integrity of the benchmarks was irreversible. Moreover, in the case of EONIA, whilst it is a fully transaction-based reference rate, methodological shortcomings emerged as a result of reduced unsecured interbank borrowing after the 2007-2009 financial crisis, with financial experts expressing the view that the limited volume of trading activity between banks made these interest rates increasingly unreliable.

The notion that a multi trillion-dollar market is predicated on a “handful” of actual market transactions, has led the regulatory community to voice concerns. The UK Financial Conduct Authority (FCA) announced in July of 2018 that it would not compel LIBOR panel banks to submit rate quotations beyond 31 December 2021, thus, effectively signalling the end for LIBOR rates. In a similar manner, the EU Benchmarks Regulation (BMR) effective since January 2018 has set new compliance standards with regards to the data used and the methodology adopted in setting EURIBOR and EONIA, meaning that unless they are replaced or reformed, neither of these rates will comply.

Working groups have been established involving key industry players (including central banks) to review each benchmark separately with a view to identifying, recommending and facilitating a transition to alternative Risk Free Reference rates (RFRs) that rely more on actual market transactions, as opposed to subjective estimates. For example, the RFR proposed by the Alternative Reference Rates Committee (ARRC - the working group for the US Dollar LIBOR transition) is the Secured Overnight Financing Rate (SOFR), which is fully transaction-based and encompasses a robust underlying market. It has existed since April 2018 and is administered by the Federal Reserve Bank of New York.

Organisations impacted span beyond the traditional commercial and retail lenders and finance providers; they include Asset Managers, Investment Banks, Hedge Funds, Pension Funds, Private equity Funds and generally any organisation with an investment management function. Moreover, the transition is expected to touch multiple business functions across the whole value chain of any organisation, from Front Office and Operations to Legal, Compliance, Treasury, Valuations and Market Risk, Accounting, Finance, Tax and IT. Products and transactions affected include but are not limited to derivatives (including interest rate swaps), mortgages and loans, bonds, deposits and a range of securitised products.

Market participants will need to gear up for the transition by first understanding their current benchmark rate exposures in their products, services, operations and strategy. Impact assessments will need to be conducted to identify and consolidate the change requirements. Contract remediation and customer communication will need to be made, as well as adjustments along the value and process chain. Implementation of necessary changes and conversions will need to be appropriately tested and evaluated for impact. Organisations will need to seriously consider the extent to which they can harness technological capabilities such as Artificial Intelligence to mitigate the risks of transition and facilitate a cost effective and efficient conversion.

It is irrefutable that the proposed transition away from existing benchmark interest rates presents unique challenges to market participants. With the path to transition still evolving and a variety of transition scenarios still on the table, it is paramount for companies to adopt a proactive approach that includes, as a minimum, an analysis and understanding of current benchmark interest rates exposure. This will serve as a building block for an appropriately tailored and effective transition strategy.

KPMG professionals are familiar with the impacts and challenges of the benchmark interest rates reform and can help companies move with the change by providing support in all phases of the transition through both holistic, as well as specific service deliverables.