Impactful philanthropy is a multi-dimensional puzzle that demands collaboration and powerful storytelling. Deanne Weir, an Australian investor and entrepreneur is championing and changing gender equality through both.

Deanne Weir started her philanthropic journey in 2012, creating a family foundation to provide a structured and focused approach to giving. Echoing her business interests, philanthropic activity is seen as investing in initiatives delivering community social benefit rather than economic returns.

“Anyone can write a cheque, but I prefer to be more strategic,” says Deanne. “The least satisfying philanthropic experiences have been the ones where I have simply written a cheque – it is hard to feel invested.” 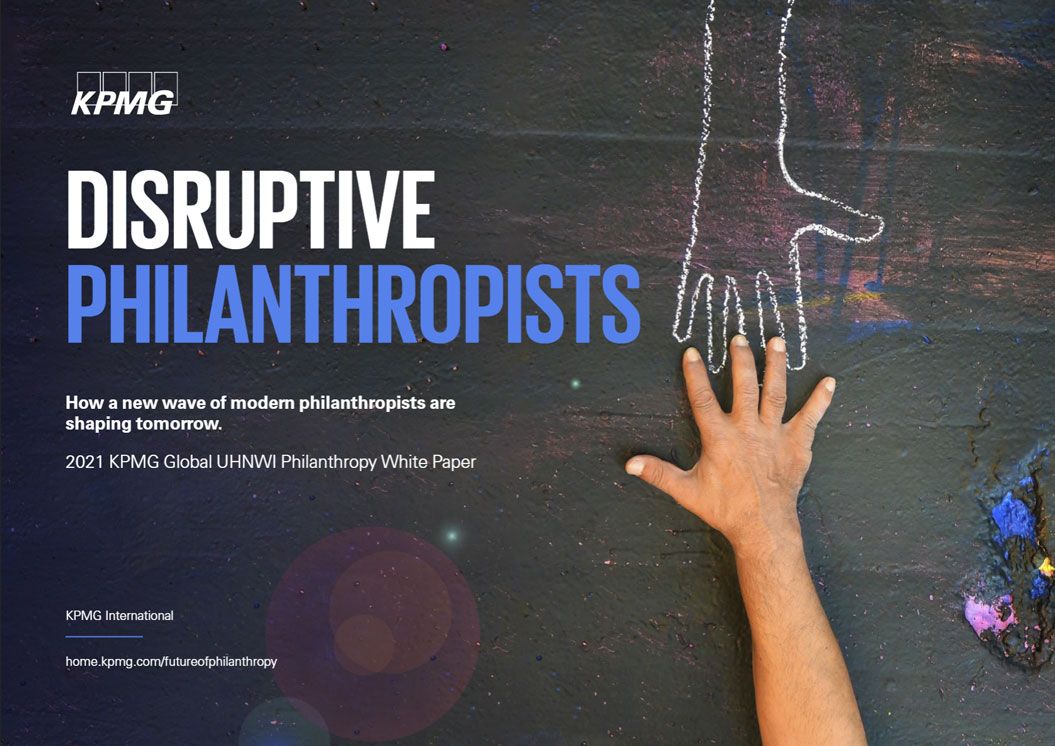 A KPMG report revealing how a new wave of modern philanthropists are shaping tomorrow.

Her philanthropic activity has included chairing the Australian Women Donors Network that focuses on driving more philanthropic investment into projects supporting women and girls and chairing the Grata Fund that supports strategic litigation in human rights, climate change and democracy.

She is now part of a group of like-minded philanthropists who share concerns around income equality and democracy called Mannifera. While individual members continue to focus on their own passions, they combine their efforts on key projects to deliver greater impact.

“The joy of that collective is that we regularly come together,” says Deanne. “We work in partnership with civil society, connect together and leverage our network to amplify the work we are doing. The cooperative element is interesting."

“I am particularly excited about the role of philanthropy and civil society working together. It shouldn’t be about philanthropy leading – it should be a partnership where philanthropy can do things that are a little riskier, more innovative or experimental than governments can fund.”

Storytelling is critical in both driving change and in sharing the impact of philanthropic activity. And film is, says Deanne, a particularly powerful tool to address gender inequality, race, or climate change.

“When I think about social change, I can read hundreds of reports on climate change or on the evils of how girls are treated around the world,” explains Deanne.

“But if I can see a film or documentary that explores some of those issues and that makes an intellectual or emotional connection, it’s going to make me think about it a heck of a lot more than a 30-page report. Film sparks conversation, communication and challenge.”

Deanne is active in the film industry and has supported several Australian documentaries through the Documentary Australia Foundation, a unique not-for-profit that facilitates tax deductible donations to documentary projects, ensuring important stories are told and seen.

One of those films, called Strong Female Lead, tells the story of Julia Gillard, Australia’s first female Prime Minister, and her experience as a female politician. It is a great example of how philanthropy can contribute a great deal to a much-needed conversation.

Storytelling is also an important tool for reporting the impact philanthropy makes.

“I am very conscious of the burden that some donors put on organisations in terms of reporting,” says Deanne. “It drives me insane to watch fantastic organisations spend 50 percent of their time reporting instead of delivering the great work they want to do. When funding a project, I’d love to have a call and talk through how it is going than read a written report.

We need to be careful about getting overly-fixated on the process of accountability. If we don’t trust someone, why invest in them in the first place?

The WeirAnderson Foundation is part of a global philanthropic community supporting women and girls. It is part of the Australian Women Donors Network and the global Women Moving Millions movement committed to large-scale investment in women and girls.

Explore more on the Future of Philanthropy

A KPMG report revealing research and insights into how a new wave of modern philanthropists are shaping tomorrow.

A KPMG report revealing how a new wave of modern philanthropists are shaping tomorrow.